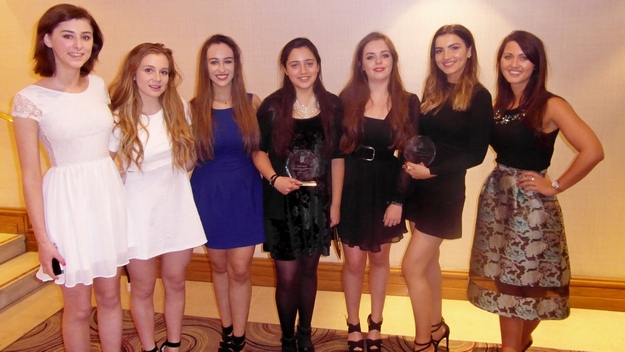 Lower Sixth Economists have clinched a top award in a prestigious national competition. Six A-Level Economics students attended the BASE Institute of Chartered Accountants National Finals in Birmingham and won the national award for the most innovative strategy. They also gained one of the top six commended awards. As part of their prizes the girls will go on to spend a day at the BBC touring Radio One and 1Xtra’s studios, and will be treated to a business networking lunch at PwC.

Having secured their place during the regional heat held in Manchester in February, the Withington team battled it out against 46 other finalists, using their analytical skills to solve a challenging business problem with strategic, financial and ethical elements. The girls faced challenging questions from a judging panel of top accountants.

WGS Head of Economics, Mr Stephen Boddy, praised the students’ achievements saying: “ They developed a clear, perceptive presentation and spoke very well. They gave a convincing vision for the company and produced a clear outline of a suggested strategy. The competition was strong but they successfully took home an award and a commendation These are tremendous achievements for our students.”

“ We would also like to thank the team’s mentor, Nicola Deeran from Deloitte who provided valuable support,” he added.