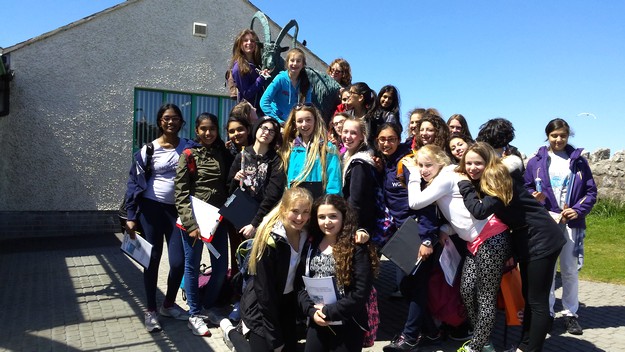 Lower Fourth spent a day in Llandudno where they studied the physical and human characteristics that make the town a successful tourist resort. We arrived in the morning excited by the clear blue skies but everyone was very quickly layering on their clothes as they diligently selected a pebble sample, measured their diameters and observed the movement of the waves across the beach. 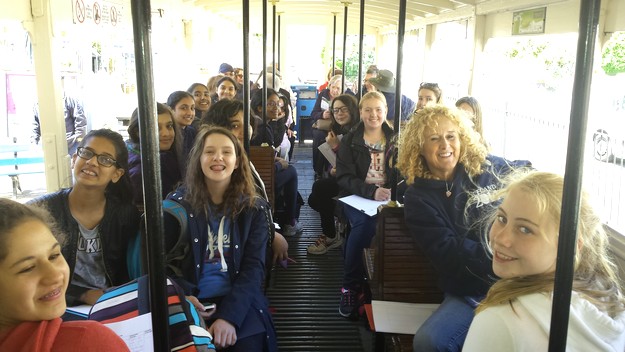 All the time everyone was battling the cold winds blowing in off the Irish Sea but, undaunted, they soldiered on. Apart from the physical Geography, girls enjoyed investigating the type of accommodation on offer and annotated photographs, assessed their environmental quality and drew impressive field sketches of one chosen hotel.

Two additional highlights were a trip up the Orme on the 100-year-old, beautifully maintained tram, enabling the girls to gain a superb bird’s-eye view of the sweep of the bay and its white line of hotels below. Also an investigation of the Victorian Pier which has stayed true to its original vision allowed for a little relaxation and the odd ice-cream but girls were also very proficient at interviewing the tourists to find out their opinions of this traditional seaside resort.

The range of evidence from their investigation has resulted in some superb follow-up work reflecting the rigour of their original fieldwork investigation. So good was the quality, several were awarded the Geography fieldwork certificates. Later in the term, Lower Fourth also carried out an environmental assessment of the rural/urban landscape of the old Fallowfield loop railway line.