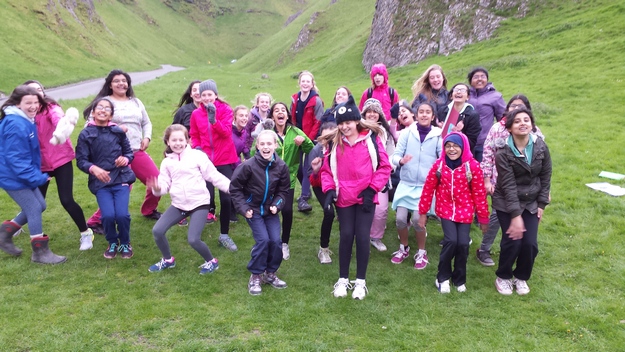 On a warm sunny morning in May, more than eighty Third Formers accompanied by their Form tutors, Geography staff and two PGCE students set off for their Castleton Fieldtrip.

As the coach climbed up out of Disley through the stunning landscape, the group admired the stark white sedimentary rock and high rolling green plateau cut with lines of dry stone walls. We were all looking forward to relaxing in the sunshine as we studied at first hand the magic of this stunning limestone rock.  Then suddenly the clouds appeared as if from nowhere, the skies darkened to a steel grey and once off the coach icy winds blasted the slopes of Mam Tor.

The group was forced to pull on layers of jumpers, get on their rain gear and hunt for gloves in the depths of their ruck sacks. Not quite the outdoor classroom we all had hoped for! But in true Withington style the girls were not to be put off, always positive, listening intently, they tackled the field sketches and map studies as the cold North Easterly winds whipped around them. There was never one word of complaint – just smiles as the girls enjoyed the freedom of working out in the field. 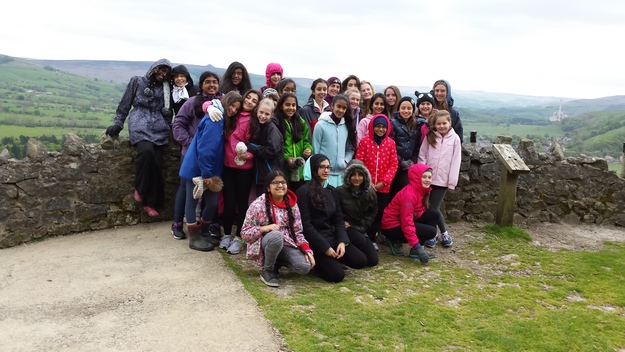 Once at the Caverns, mugs of hot chocolate from the café warmed the girls, and once underground, the typical British Spring weather outside was soon forgotten. Fascinated by superb examples of stalactites and stalagmites, we explored the damp caverns and appreciated the impact of rain water dissolving the calcium carbonate to create our underground world. This contrasted well with our study of Winnats Pass back on the surface, and the debate about the creation of this stunning limestone gorge provoked thought, prompting pupils to realise that often there is not always a clear straightforward answer. The girls asked questions and studied the evidence, concluding it was a collapsed limestone cavern, before going off to warm up with a run around the slopes. 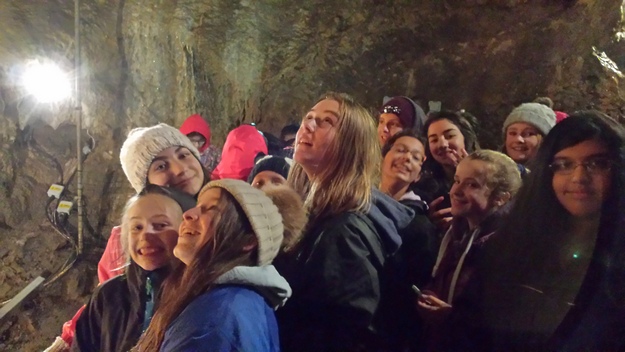 Castleton village itself was more sheltered. Here Human Geography kicked in as pupils were tasked with investigating reasons why tourists visit this pretty settlement of quaint limestone cottages. The architecture spoke for itself. Interviewing the public took courage but helped with confidence-building, and many went on to enjoy friendly conversations long after the tourist survey was complete. Checking prices and goods available locally was met with enthusiasm as it meant visiting the attractive souvenir gift shops and sweet shops. In spite of the cold winds, exciting flavours of ice creams provided refreshment – and the survey work ended with girls finding places where tourists could stay.  Many liked the idea of renting a holiday cottage.

In spite of the Arctic winds, we could not have asked for a more enjoyable, productive day. Our enthusiastic, focused pupils, worked hard and were good company and always positive. This bodes well for future our Geography trips! 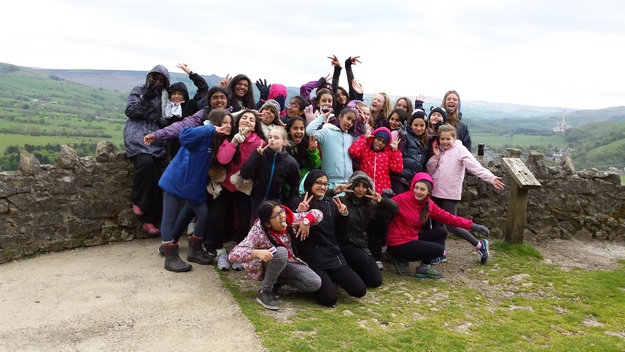 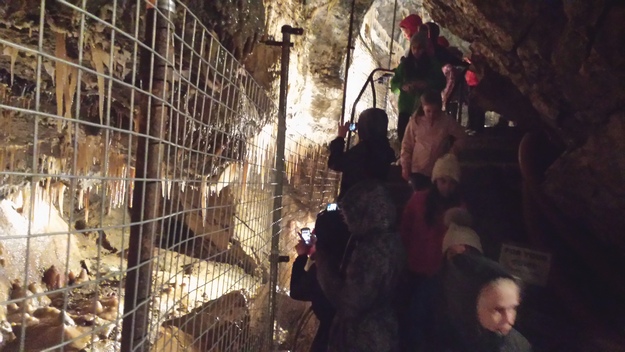