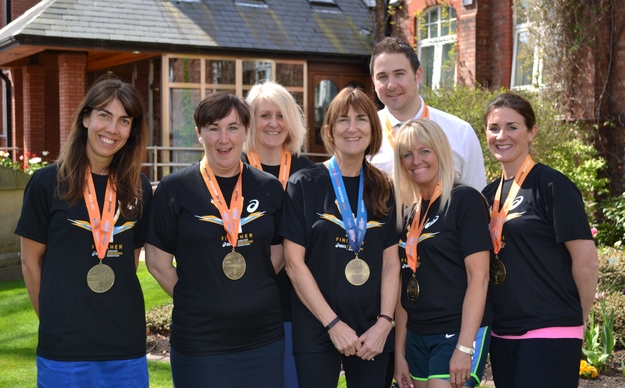 On Sunday 19th April seven members of staff donned their trainers and running gear to participate in the Greater Manchester Marathon. The 26 miles was divided between them as they entered as ‘Withy’s Wonders’ (Teams 1 & 2) in the Relay event.

The marathon route is divided into four legs of different distances with the final leg ending on Sir Matt Busby Way leading up to the ‘Theatre of Dreams’, Old Trafford Football Stadium.

Team One completed the course in 3 hours 34 minutes which placed them 20th out of a total of 113 teams. They were just seven minutes behind the third placed team. Team Two picked up their medals a little later but finished in a very respectable 73rd position.