On Wednesday 11th February Lower II went to a Tudor house in Salford called Ordsall Hall. Firstly we were told the rules, then invited to walked through a door which ‘transported’ us to Tudor days at a Lord’s house. We replayed the story of Henry VIII and his six wives. When the short play finished, we were split into two groups: One to go to the rich side of the house and the other to the servants’ side. 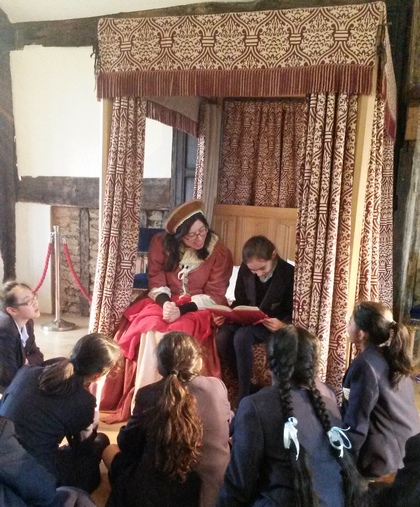 The kitchen had wild animals hanging from the ceiling and massive baskets. Underneath our feet we saw a massive well, but surprisingly there was no water and they had to collect water from the nearest river. We also went to the herb garden and smelt different herbs and flowers.  Fortunately, we got to crush some herbs too! Finally we were taught how to use the spit which is an old type of oven. The most disgusting part of all was to see meat hung up in a smoke room. It looked a bit rotten!

At lunchtime, everybody had a lovely packed lunch then in groups of four we went to the gift shop. In the gift shop there were pencils, crayons, quills and mood rings. After that we went outside to get some fresh air. Luckily there were toys outside. 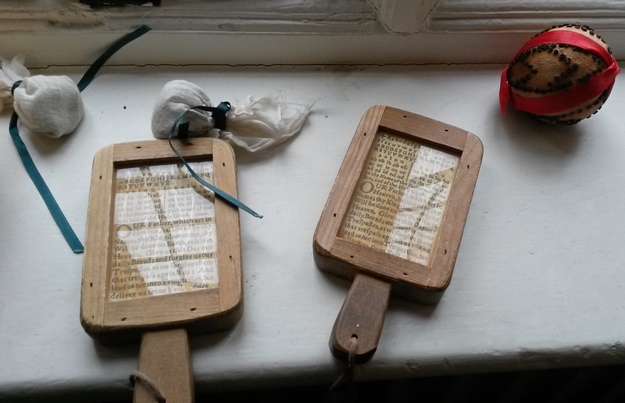 They had tablets in Tudor times as well!

Then we came back inside and swapped sides. |We walked down a massive staircase and we were at the Lord’s chamber. He had a massive bed with armour on the side as he was a knight.  The teacher picked out two volunteers to be knights and two to be the handmaidens.

Then we went to the Ladies’ chamber –  it had a lovely dress hanging up and we learnt some gruesome facts about Tudor makeup as well. We made pouches with beautiful scents inside and dressed up as Tudor guests and had a massive feast.

Overall Ordsall hall is an amazing place where you can learn all types of different facts and Lower II very much enjoyed becoming Tudors for the day! 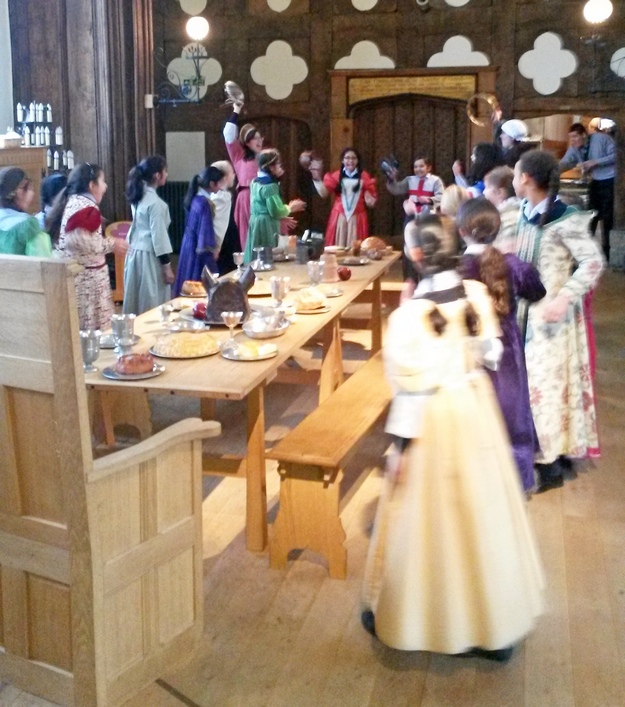