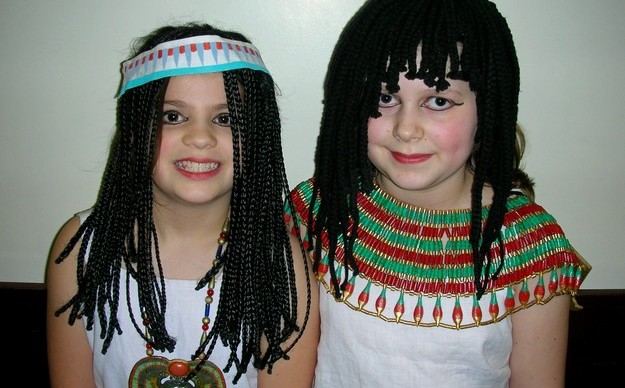 To enrich the History curriculum  Transition and Form I were visited by  local specialist teacher and historian, Tony North. He spent a full day with each class, running activity based workshops.

Form I ‘in Ancient Egypt’

On Tuesday 10th February, Tony North visited Form I and looked at Ancient Egyptian fashion and jewellery with us. We were able to sample some of the perfumes used by the Ancient Egyptians and two of the girls even dressed up in Egyptian clothing and make-up! 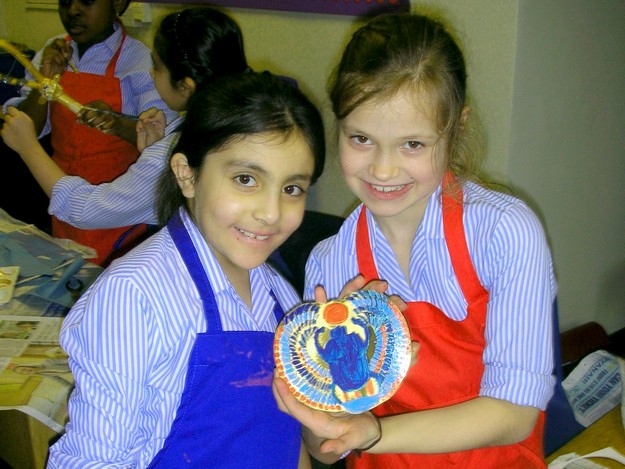 All of the girls made artefacts, including mirrors, bracelets and necklaces. In the afternoon, we made beautiful Ancient Egyptian collars using cardboard, macaroni and acrylic paints in dazzling colours. We had an amazing time – thank you Tony.
by Form I pupils

In the morning we looked at Roman and Celtic towns. Mr North showed us some pictures of Celtic and Roman houses and settlements . We also saw a picture of the Colosseum, a Roman Basilica and an Ampitheatre. 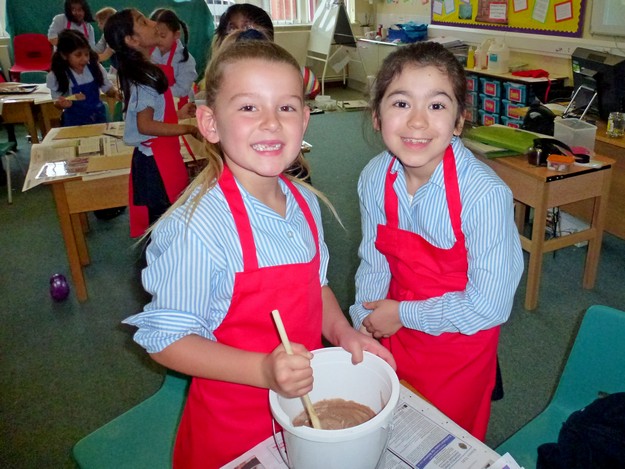 After that, we started to make our own Roman town. We had to cut out the pieces very carefully and then stick the bits together as they were quite small. In the afternoon we looked at pictures of mosaics and we looked very carefully at the patterns and shapes on the mosaics. Some of them were symmetrical patterns and some were of Roman objects or gods. Next, we mixed sand and glue to make cement. This was the best bit and was lots of fun! Then we spread it and we placed the tiles on carefully to make our own mosaics. Mr North also brought in some artefacts and Roman coins for us to have a look at. We really enjoyed our day and being transported back in time! 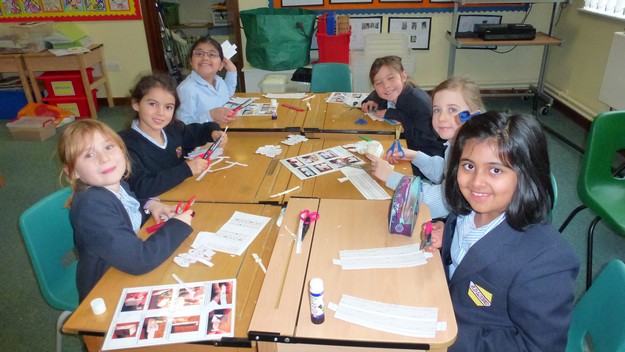 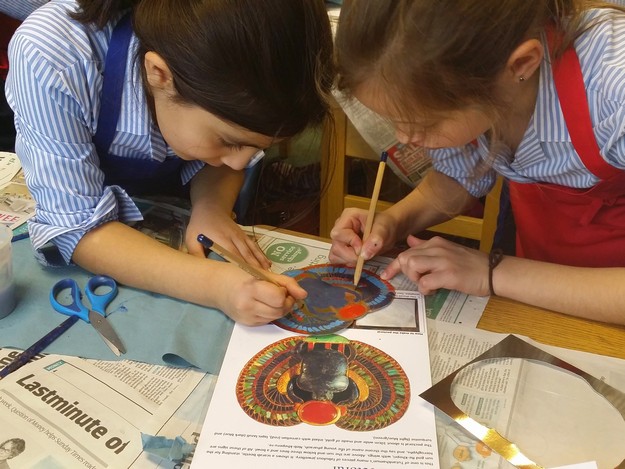 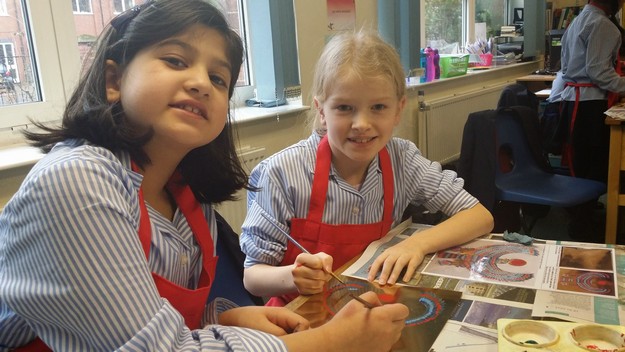 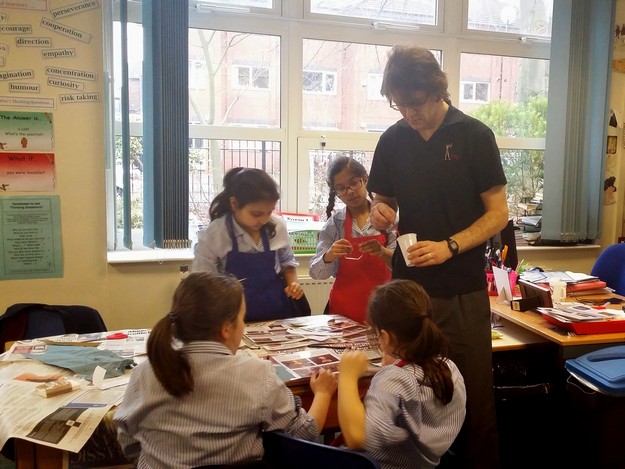 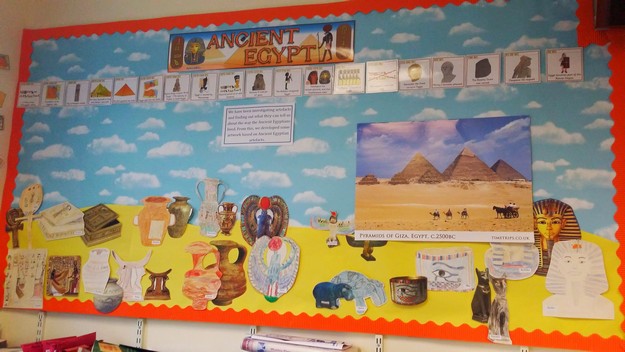 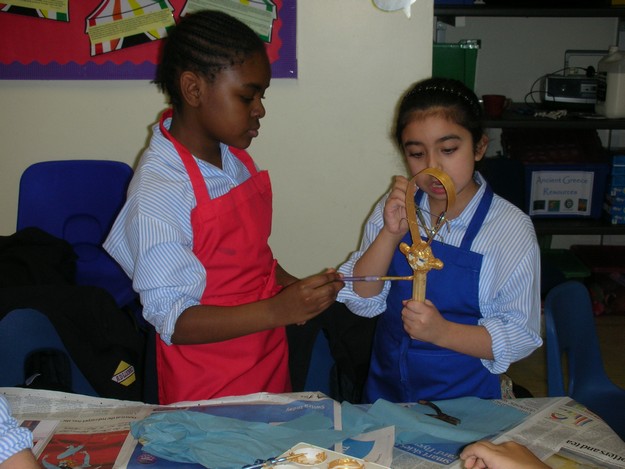 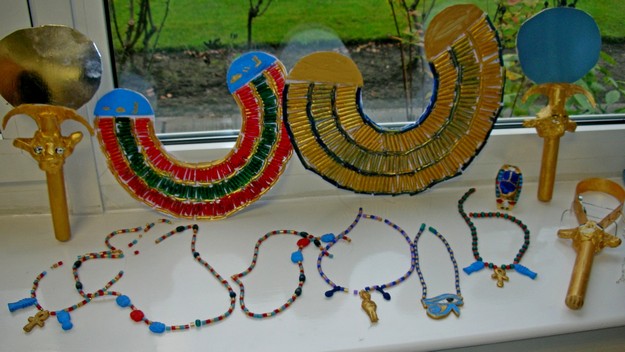 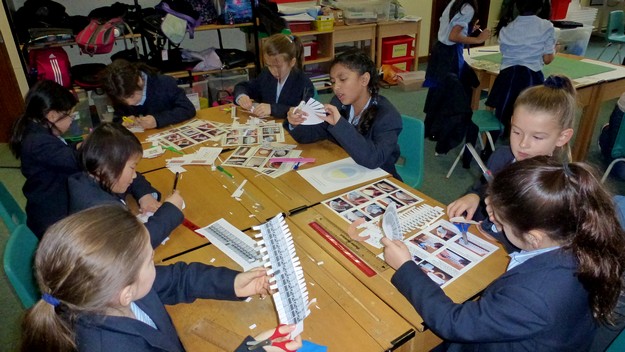 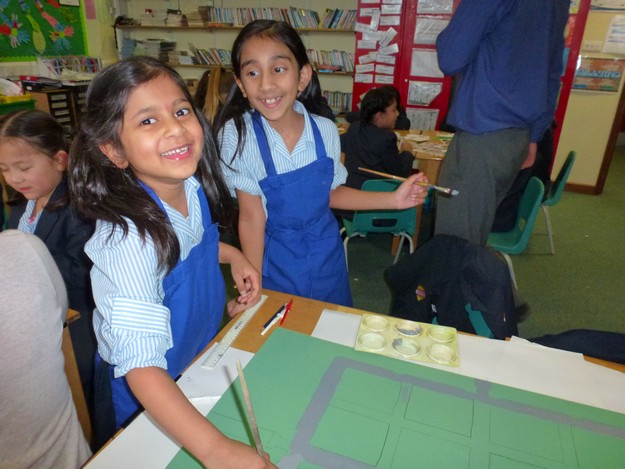 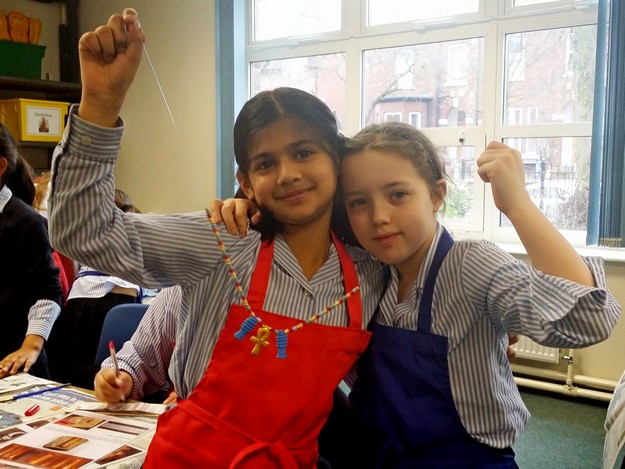 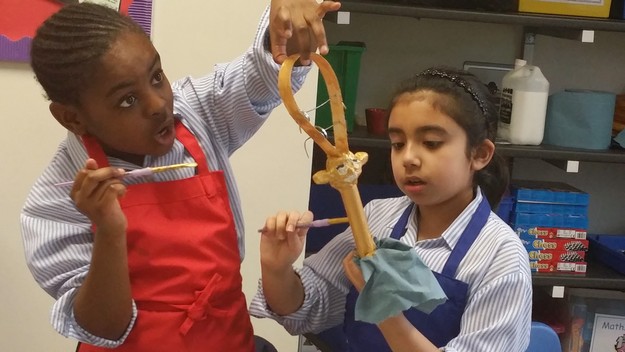