Oxbridge Offers for Twelve and USA Beckons for Others! 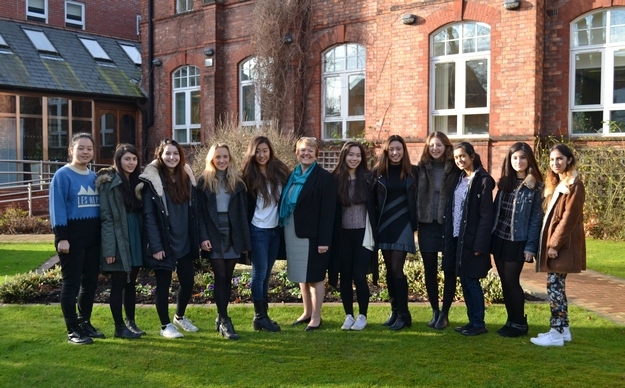 Twelve Withington Sixth Form students are holding conditional offers for places to study at Oxford or Cambridge University later this year – and a further two girls are delighted to have been offered places at prestigious American universities.

Headmistress Mrs Marks commented: “Competition for places at Oxford and Cambridge has always been very closely fought and, since the introduction of tuition fees, it has become increasingly international.  We are delighted for our girls’ successes in competition with some of the world’s most able students.”

Oxford and Cambridge offers are made in January after tests and interviews which are held before Christmas. Many members of Withington’s Sixth Form have also received conditional offers from other British, mainly Russell Group, universities.  Applications to American universities are also growing in popularity, and two Withington students are now holding unconditional offers from the other side of the Atlantic. Sixth Former Charlotte Pang has an offer, which includes a generous scholarship, to read for a degree in animation at The Savannah College of Art and Design in Georgia, one of the top universities for this discipline, and which has a close association with Pixar.

Nadia Al-Amin (Class of 2014) has had an unconditional offer from the University of Arizona, also accompanied by a generous scholarship.

Well done to all!