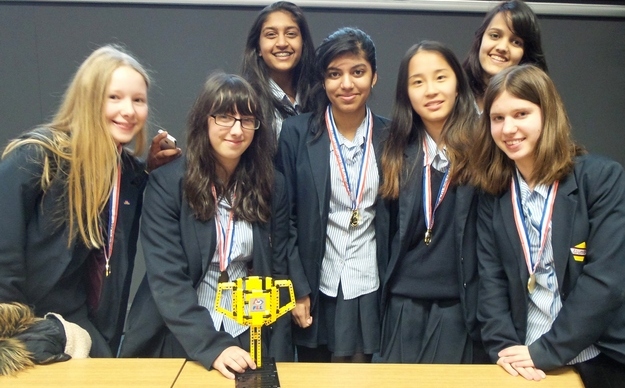 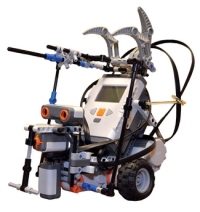 Withington Robotics Club entered the First Lego League Robotics Challenge for the first time this year. Given their brief in advance, they had ten weeks to construct a programmable robot, plus obstacles for it to overcome, using Lego Mindstorms kits. In addition, they were required to prepare a presentation on a topic of their choice demonstrating their team’s values and something important to them.

On tournament day (5th December) the girls left for Daresbury Laboratory in optimistic mood. Having worked extremely hard right up to the deadline, there was still much to do in preparing the robot. The team divided their labour effectively, and worked hard at programming and testing a somewhat wayward robot. During the course of the day the intrepid roboticists had to explain the design process behind their robot, give their presentation to a panel of judges, demonstrate their positive values, and compete in three rounds of Lego robot challenges. 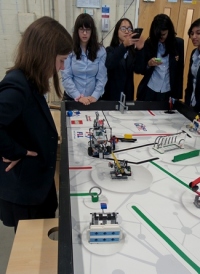 The girls showed a fantastic rate of improvement, and whilst they did not score first in any individual category, their performance across the whole spectrum of events was outstanding, and resulted in them being awarded the regional prize, as well as a place in the national competition in February! 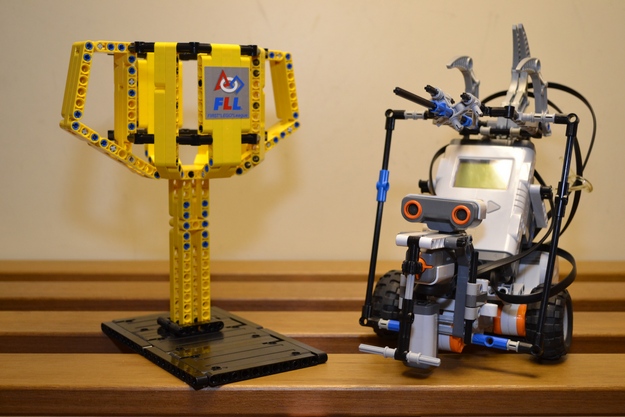