The occasion was attended by over twenty former teachers and former support staff of the School. The event is never long enough to catch up with old friends; however, it provides a great opportunity for staff to talk informally with their predecessors and successors, including the new Development Director, Toni Leden. Mrs Marjory Spurgin, said, “Thank you to everyone for the lovely tea party. It is always good to see former colleagues and catch up. Thank you to Penny and Toni for organising the tea party and of course Sheena and her team for the lovely buffet.” 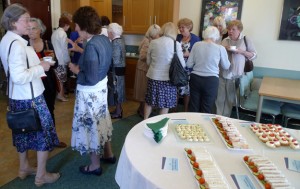 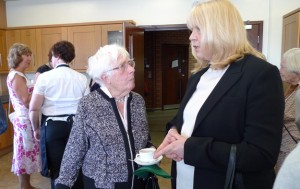 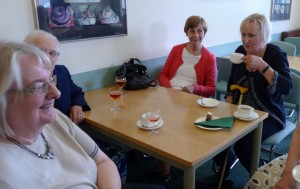 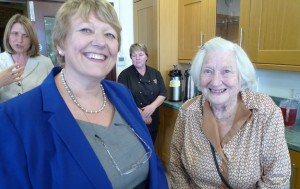 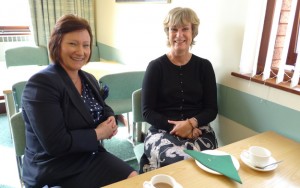 The official launch and inaugural annual lunch of the Emily Simon Society was held at School on Friday June 27th.    Set up as a means of thanking people who have indicated that they will be leaving a gift in their will to Withington; this annual Lunch will provide an opportunity for the School to keep members up to date with Withington’s developments and plans. The President of the Society, Headmistress, Mrs Sue Marks, welcomed the Patrons and members and the Development Director, Toni Leden, spoke about the aims of the Society which has been established in recognition of the generosity of Founder, Emily Simon, who bequeathed the Playing Fields to School upon her death in 1920.
Two bursary recipients also spoke about how thankful they were for the opportunity of being able to attend Withington, their experience of School and their plans for future studies.   Patrons, Miss Marjorie Hulme and Mrs Margaret Kenyon, both former Headmistresses of Withington, also attended the event and joined in the official toast to launch the Society. After the lunch the guests enjoyed an open rehearsal of the School biennial musical ‘The Sound of Music’.  They commented how much they enjoyed the lunch, meeting the bursary recipients and other guests and seeing the School ‘at work’.
In recent years the School has received legacy bequests of all sizes from former pupils, parents and staff.  All gifts are greatly appreciated; a Legacy is an enduring way to support the School, its pupils and their futures.
We look forward to seeing all our former members of staff at next year’s 125th Anniversary Celebration at Withington Girls’ School. 6th June 2014 Please support us and promote all our Celebratory events to friends, Alumnae, former staff and current and former parents. 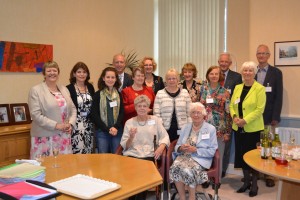 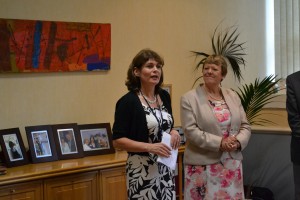