The Sound of Music

Withington was well and truly alive with the Sound of Music as one of the School’s most ambitious productions yet took to the stage.

Family and friends of WGS were treated to a stunning extravaganza of theatre, in a show that brought together music and drama against the backdrop of a magnificent alpine set. 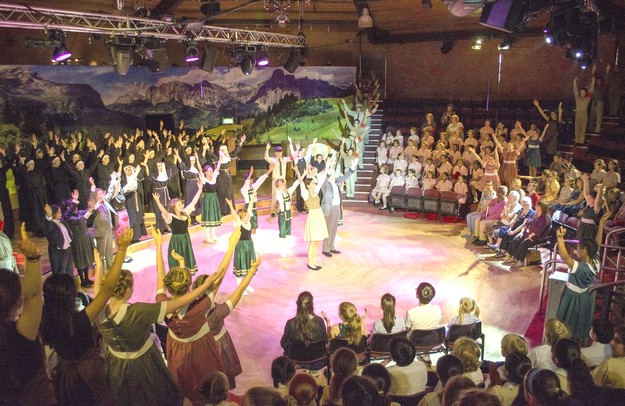 With a cast, orchestra and crew of more than 150, girls from every year in the School from Transition through to Upper Sixth, were involved in this epic production of the iconic wartime classic. Some of the male roles were played by boys from Manchester Grammar School while others were ably and amusingly played by WGS girls. There were many more pupils and staff back stage and front of house, helping out during the performances and in the many months of preparation and rehearsal.

Work on the show began 15 months ago and there have been over 140 hours of rehearsals. And it showed – the singing, music and acting were truly flawless. Yet more hours were put into costume and set design, ensuring a production of truly professional standard. 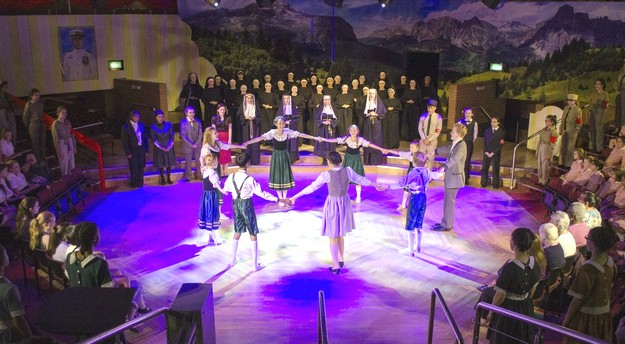 In the months leading up to the show a video blog and Twitter updates created a ‘Virtual Sound of Music’ which chronicled, above all, the fun and laughter enjoyed in the rehearsals and preparations.

There were three evening shows, held on 2nd to 4th July and a matinee preview performance on 27th June. Children from local Junior Schools were invited to the matinee and a Friday afternoon open rehearsal was attended by members of the Emily Simon Society, legacy donors to the School. 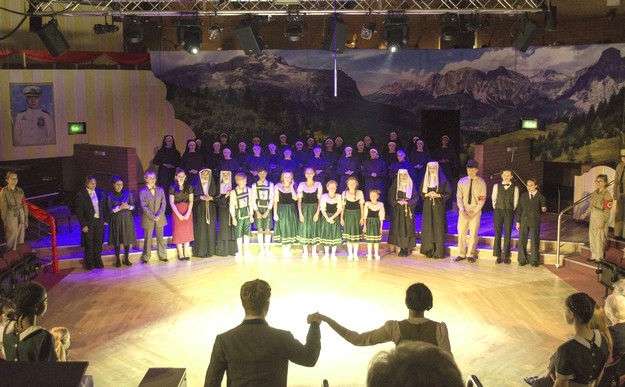 The Grand Finale on 4th July included a Gala Reception complete with ‘paparazzi-style’ photography, a star-studded ‘walk of fame’ and glittering decorations adding a festive atmosphere to the last evening performance. At the end of the show, Mrs Marks summed it up in a very few words, when she said, indicating the cast, and to thunderous applause: “I am totally in awe of these young people.” 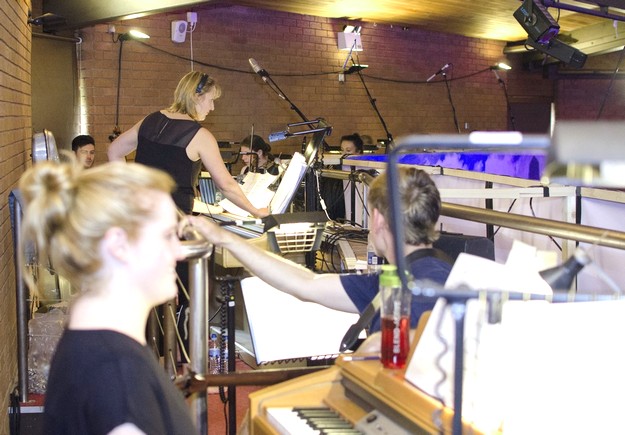 Head of Drama Ms Jen Baylis, who produced and directed the show with Head of Music, Mrs Gilly Sargent, said: “This was a mammoth production involving so many Withington girls and staff, as well as MGS boys. The response from the audience after each performance was so warm and full of praise. It was an incredibly special experience and we are immensely proud of our girls who worked so hard to put on a superb performance.”

Here are some of the video trailers