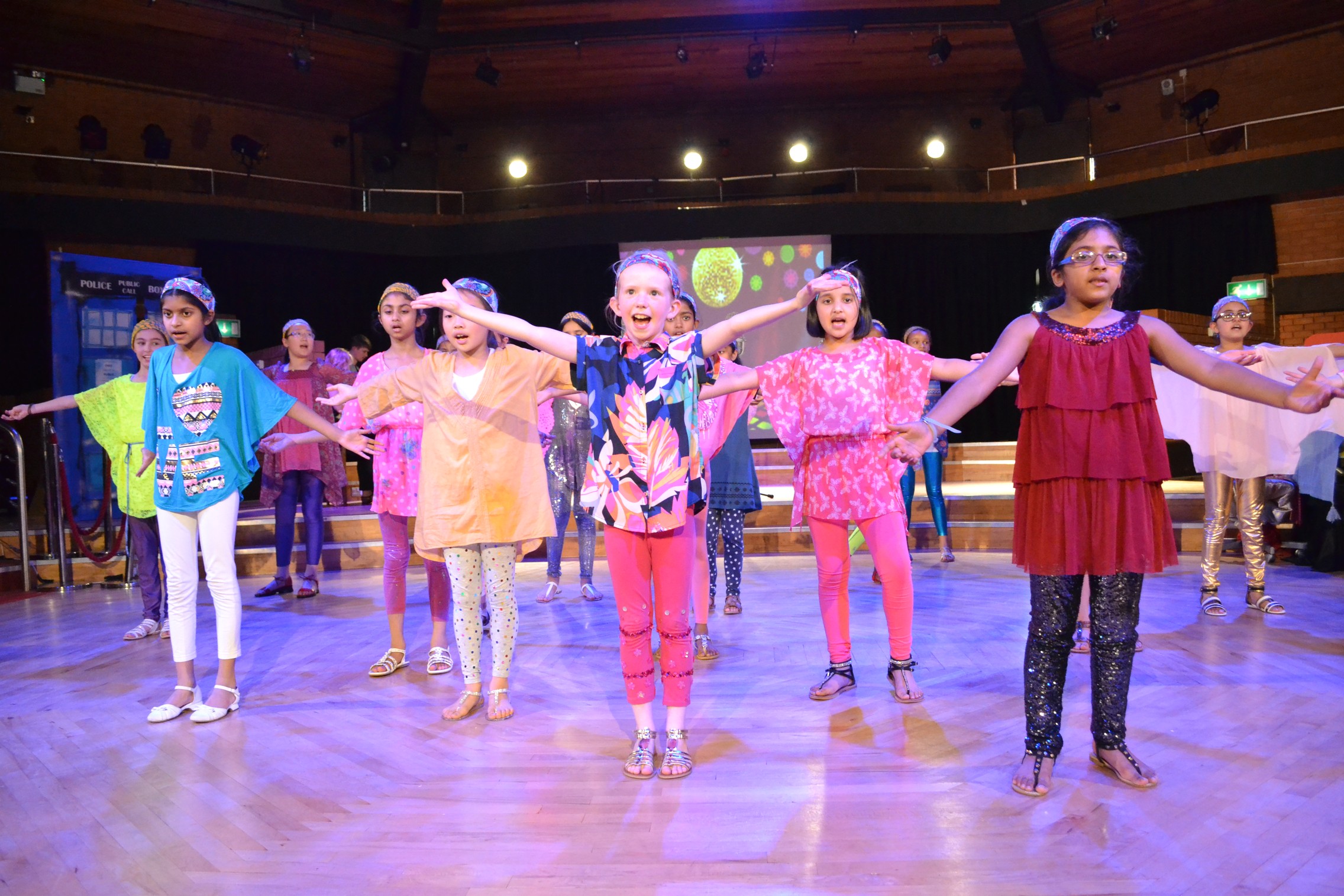 In a show which was infused with joy from start to finish, the Juniors’ traditional summer concert, Strawberry Serenade, took place on Monday 16th June. As ever, the show focused on musical instrument and voice performances before the interval and then a whole Junior School musical play in the second half. 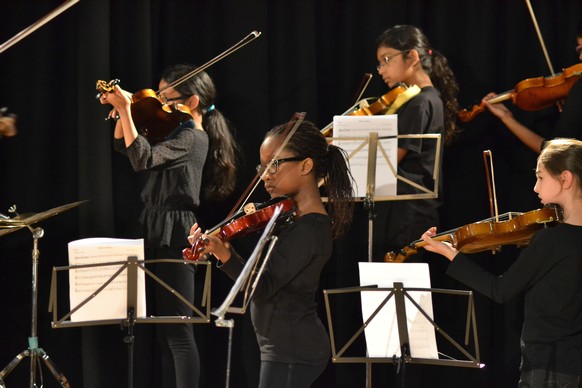 Opening with a wonderful performance of Moon River by the Junior Orchestra, the audience knew they were in for a delightful evening.

The Junior String Ensemble were next, performing with aplomb and gusto, conducted by their teacher, Rebecca Thompson. 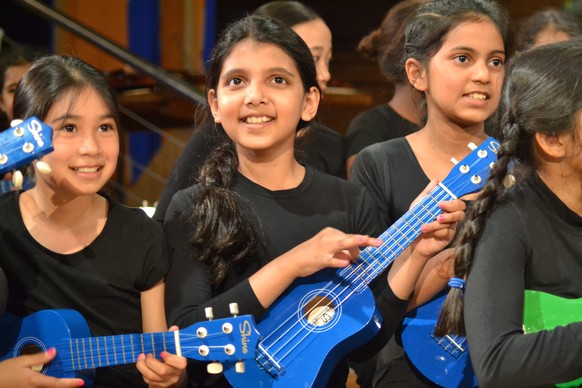 Third on the bill was the entire Junior School with their colourful ukuleles. 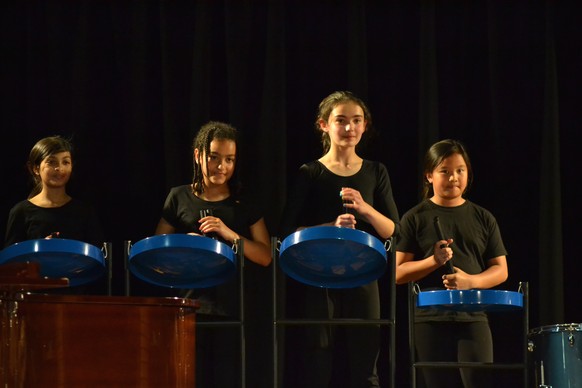 The percussion group, taught and conducted by Andrea Vogler, followed on with an amazing piece featuring more than a dozen girls playing a wide variety of percussion instruments including drum kit, bongos and steel pans. 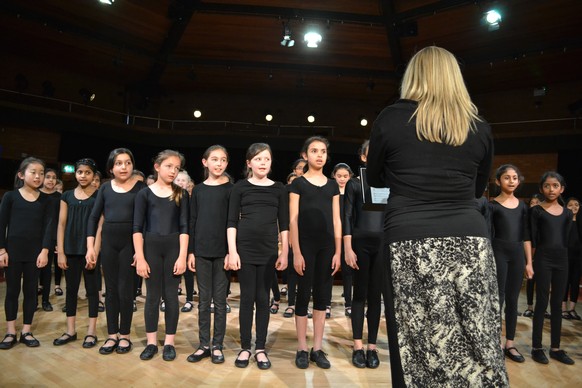 The Junior Choir closed the first half with an enthusiastic rendition of The Lion Sleeps Tonight which included dancing as well as singing!

During interval everyone enjoyed delicious strawberry scones and fruit punch in the Dining Room provided by Mrs Cartledge and the Catering Team. 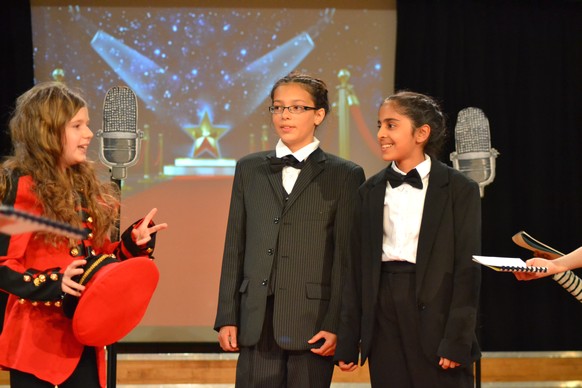 After the break, Dorothy’s Magical Musical Tour transported the audience through time into the different decades of the twentieth and twenty-first centuries.

Dorothy and her companion were able to ask a variety of celebrities, past and present, for their opinions on what makes successful singing. The Beatles, Abba, Bee Gees, Spice Girls and Elton John were all able to proffer some nuggets of advice to Dorothy about what makes a good performance. 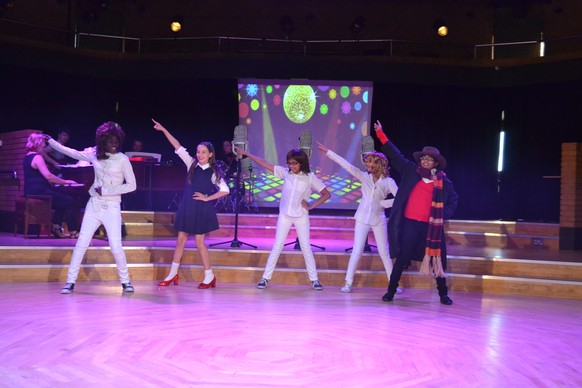 The story culminated in an audition on a TV talent show in which Dorothy received rave reviews. 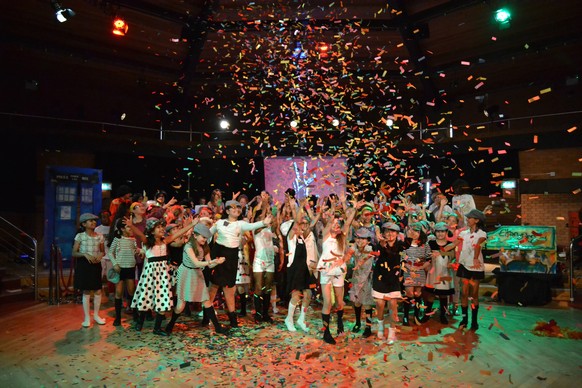 This hugely successful play was written and directed by our very own Director of Music, Mrs Gillian Sargent, and produced by Mrs Williams. It included enthusiastic, lively and entertaining dancing and singing performances from all of the Junior School.