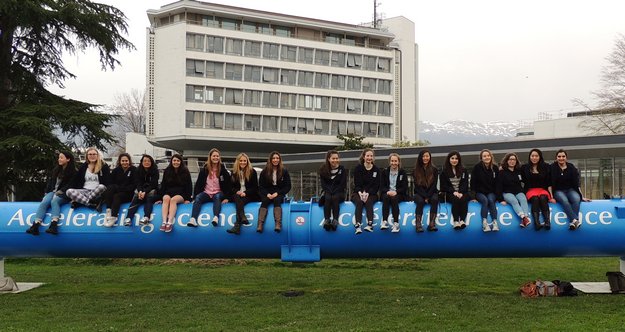 At the beginning of the Easter holidays, our Physics group were lucky enough to be able to take a trip to Geneva, Switzerland to visit the Large Hadron Collider at CERN and the United Nations Headquarters. When we arrived at the famous accelerator, we were given a lecture on the site’s history, which took place in the very room that the discovery of the Higgs Boson was announced in! 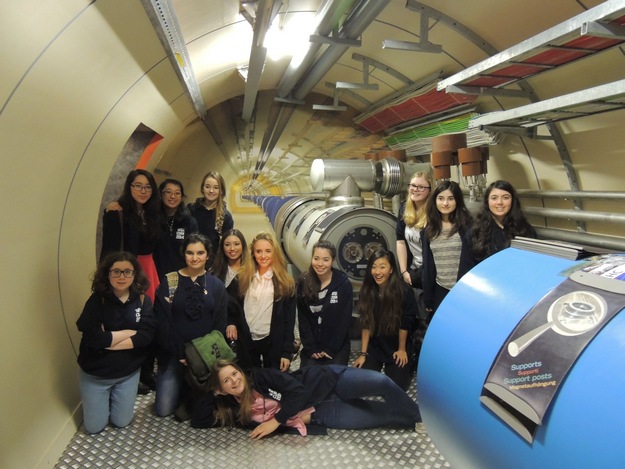 We were then given an in-depth tour of LHCb, one of the experiments at CERN, which focused on exploring the nature of the Bottom quark. At the LHC we saw first-hand the immense size and amount of engineering behind the discovery of the famous boson, an experience heightened by Microcosm and The Globe of Science and Innovation museums which provided more interactive information about CERN and Physics as a whole. 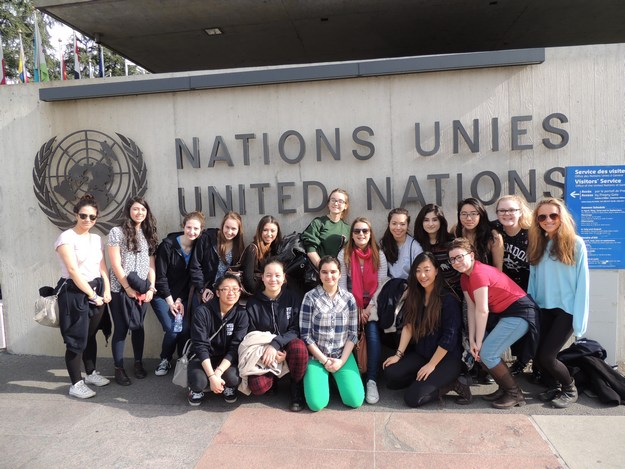 Like CERN, the UN is a symbol of international co-operation – a fact emphasised to us during our guided tour which only briefly outlined the UN’s many achievements. Here we discovered the vast amount of artwork donated by member countries to decorate the committee rooms, including a particularly impressive piece in the room for the Disarmament Committee, the UN’s largest committee room.

The trip gave us a real insight into the work of the international community, not only for particle acceleration, but also diplomatic achievements and was rounded off by the beautiful setting of Geneva itself.