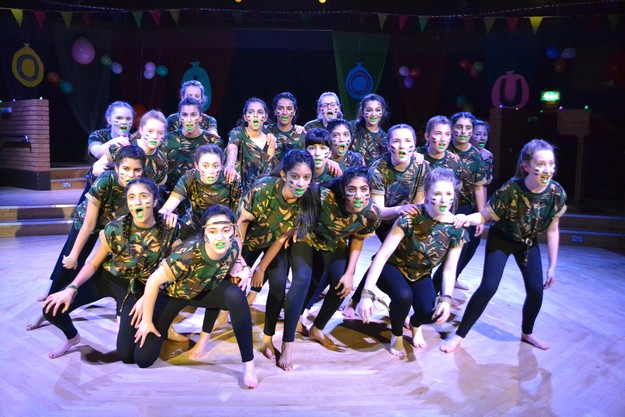 The biennial Charity Dance Competition – one of the most fun and exciting events on the Withington calendar – has raised in excess of £4300 in aid of the Maua Hospital in Kenya.

Entitled Crazy for Colour, the Competition, involving every Form in the Senior School and Sixth Form, took place in the Arts Centre on 13th March. Mrs Buckley’s Form group (L6J) took on most of the organising and planning but many more staff and pupils gave time and support to make this energetic and exuberant evening possible.

The Maua hospital is run by a former Withington pupil, Claire Smithson [1979 leaver], and the money raised will help to provide shelters and basic furniture for local AIDS orphans. 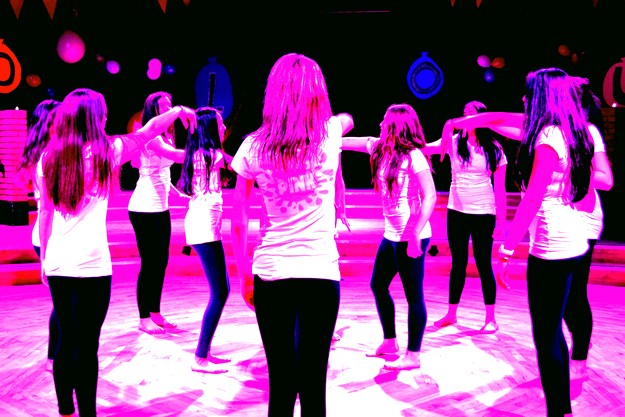 Mrs Buckley said: “Everyone’s involvement helped towards raising this incredible total. The excitement for the girls and the fact we had more whole-Form groups dancing than ever before indicates how the whole school community can pull together and feel motivated to be involved for such a worthwhile cause. I know Dr Claire Smithson will be more than grateful and getting in touch to say thank you.”

Mrs Buckley added: “The Dancing Staff Team did brilliantly; in fact we peaked on our final performance which was perhaps a good thing. Our thanks go to the three pupils who choreographed and so patiently taught us the dances.”

This event has been held every other year since 2006 to raise money for Maua Hospital in Kenya.

Our link with this special hospital is Doctor Claire Smithson, who was herself a pupil here at Withington and left in 1979. Having completed her Medical Degree she gained a post at this Methodist Mission Hospital out in Kenya and intended to work there for a few years. She has been there ever since and dedicated her life to the people of this community. We particularly support her work with the AIDS orphans and most of the money we raise will go towards building more substantial shelters for these children who are often now cared for by elderly relatives. 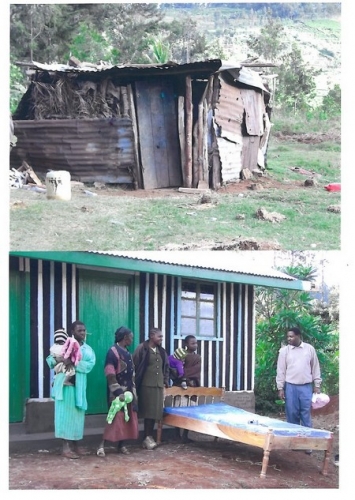 As can be seen from the pictures for about £600 we can contribute towards the materials to build a much better quality home with essential furniture like a simple bed which to these children will be a luxury. All the money we raise on the night goes directly to Doctor Claire and she has come to visit us and told us the children at the hospital always celebrate with dancing when a new shelter is built as their way of saying thank you so how appropriate we should be having fun dancing in friendly competition on the night.

Our Dance Competition is all about each Form working together as a team and not individual dancing expertise. The four weeks before the night of the Competition saw all Forms busily preparing their dances behind closed classroom doors. All were choreographed and the music chosen by the individual class. They picked their special colour during an Assembly when L6J launched Charity Event with a truly colourful dance.
This year each Year Group were allocated a colour. They could present their colour using a song with the colour in its words, choosing a Band or Singer named after the colour of using a song that evokes the colour.

There were prizes for the best interpretation of each colour but also prizes for the most inclusive team performance and most impressive costumes. As always there was an overall winner of the Junior Cup (Third Form to Upper Fourth) and Senior Cup (Lower Fifth to Upper Sixth).

We had a special panel of Judges who had a very hard task due to the outstanding quality of the dancing and effort put in by each form.

The Judges were:
Julie Colton who has been running her own Dance School in Stockport for nearly 40 years and has a wonderful wealth of experience.
Hannah Goulding who has judged nationally and internationally for Cheer Leading and many dance competitions and has choreographed and performed for MTV, party in the Park and various artists.
Diane Dolan who is an advanced member of the American Association of Dancing teaching for 20 years specialising in Tap and still Dances in productions herself. 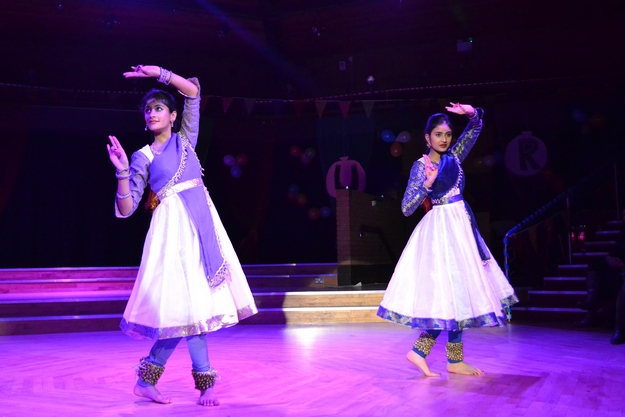 It was a most exciting evening for all the girls. There was such a positive atmosphere as the girls prepared themselves in the Gym before their own performance. Nearly every girl in the school was involved. It was wonderful to see so many members of the Sixth Form on the floor for their final time and it was certainly an evening they will never forget. Everyone was cheering one another on. The dances each Form created lit up the Arts Centre with an array of rainbow colours that entertained the audience with such variety and movement.

L6J worked so hard with me to ensure the night was a huge success. For three months in advance, they too had pulled together as a team. Their launch dance incorporated so many colours and styles of dance to inspire the whole school and set the theme and standard for the whole competition. Programmes, tickets, posters, raffle prizes, decoration, music, catering, finance, choreography and presenting; they each volunteered for a special responsibility for the night and every girl was totally reliable and willing. They learnt a lot about organizing a huge event and I could not have asked for a more positive and enthusiastic team. Three of them gave special lessons to the staff so the teacher’s Blue and Red extravaganza was well rehearsed and hugely entertaining on the night.

To have so many girls and parents in school makes it a very special occasion, especially as everyone was pulling together for such a worthy cause. Rainbow cakes at the interval decorated by the girls and some superb raffle prizes added to the fun. Everyone had contributed in some way and with wonderful staff support the evening ran smoothly. When the judges left everyone was entertained to a beautiful variety of exquisite performances by five girls with a special talent for dance. This was very inspirational and wonderful to watch.
The Technical team worked particularly hard under the expertise of Ian Dean and the Arts Centre came to life with a magical array of coloured lights. The three Lower Sixth presenters held the show together and were extremely professional introducing everyone and helping it all run smoothly. The wonderful competitive spirit of girls having fun and supporting each other has to be Withington at its best and a huge thank you must go to everyone who supported this memorable evening.

Altogether we have raised over £4,300 for Maua hospital which really is the best ever total from this whole school event. Well done to everyone!
Mrs Julie Buckley (Event Organiser)