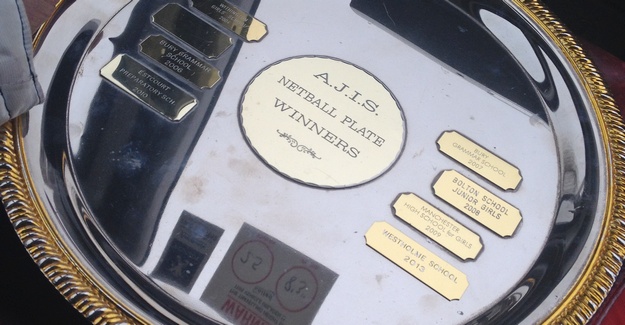 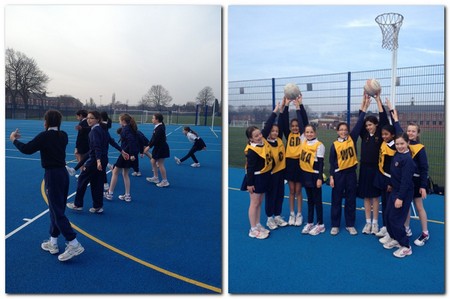 Stretching and warming up

Withington were drawn in section D – a tough draw – playing against Cheadle Hulme School, Queen’s Chester and Birkenhead School. All our games were played on Court 4 with the first game against Cheadle Hulme School. The girls tried hard but unfortunately lost 6-1. The second game was against Queen’s Chester. The girls picked themselves up with a good team talk before the game. We ended up with a fabulous win 6-2 with Captain Sophie shouting throughout the game and spurring the team on. It was straight on to the third match, this time v Birkenhead. Our captain Scarlett encouraged the girls but our shots on goal just wouldn’t go in and we lost 9-2. 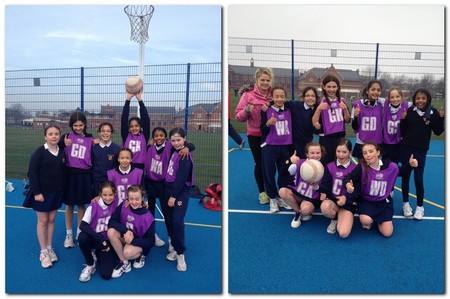 Getting ready for the match

We came third in our section and qualified to go through for a chance to win the Plate. Hard work paid off.

After lunch and a rest, the girls were up for the challenge. Jasmin (my daughter – and former Withington pupil, now studying Medicine at University) gave them some playing tips and told the girIs of the day Withington Juniors won the Plate in 2004 when she herself was in Upper II! I took them through our game play for next match.

In the Quarter Finals – we were drawn against King’s Chester; the girls played outstandingly and pulled off a win!

In the Semi Finals we were drawn yet again against Queen’s Chester. The girls went into the match confidently and were winners and through to the final.

Now we were in the Final! We were told that we would be playing Newcastle-under-Lyme, an outstanding team.

Erin was the captain. At half time change round the score was level 3-3 with both teams fighting hard to win. The mums spectating were all tense and encouraging the girls to keep on going. With two minutes to go our defence got the ball and the ball was passed up court and into the circle to our shooter who scored. 7 – 6! With Aanya and Lucy solid in defence the final whistle was blown and the AJIS Plate was Withington’s. 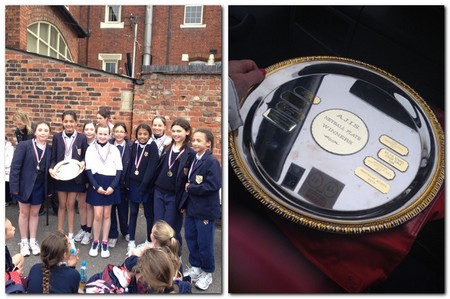 With the medals … and the Plate

The girls were overjoyed and collected the Plate and their medals with great delight.

The girls deserved to win – they listened to instructions, warmed up well and kept on going after two defeats. All the hard work in training paid off and their determination and teamwork was second to none.