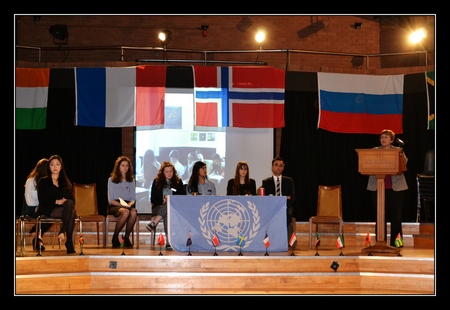 On Sunday 9th February, almost 300 delegates from 18 schools attended the sixth Model United Nations conference to be hosted at Withington, the biggest and most successful conference so far. Most schools attending were from the Greater Manchester area, but schools from Birmingham, Shrewsbury, Chester and Liverpool also took part. 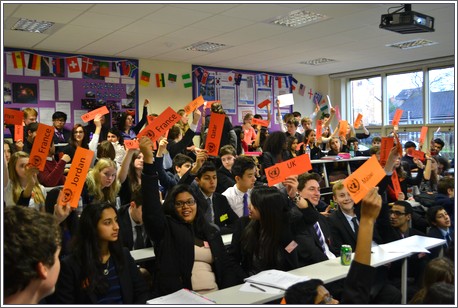 Unlike most MUN conferences, the event was aimed at younger pupils in Years 7 to 10 – with Withington Sixth Formers taking on the roles of Committee Chairs, Heads of the Secretariat, Presidents of the General Assembly as well as the Secretary General. WGS Sixth Form pupils also reported on events throughout the conference and produced a comprehensive magazine about the day. 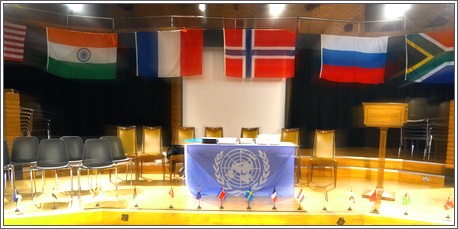 Opening the Conference, Headmistress Mrs Marks spoke about the value of MUN in encouraging young people to think about the wider world and the betterment of society globally.

The guest speaker was one of Scotland’s top human rights lawyers, Mr Aamar Anwar; he delivered an inspirational speech about standing up against human rights abuses in society and taking a stand against inequalities, one of the most important functions of the UN. 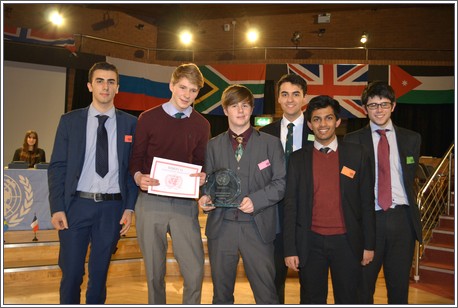 Withington’s MUN Coordinator and Head of History, Ms Jane Maher, said the standard of debate was excellent. “WiMUN is all about giving younger pupils a chance to take part – and they rose to the challenge, speaking confidently and knowledgably,” she said.

Our thanks go to Mr Anwar for travelling all the way from Glasgow to speak at the Opening Ceremony, and for his thought-provoking and inspirational words that fired up the young conference delegates to speak out with conviction and passion. As ever, thanks to Mr Mark Morris, Withington’s Site Services Manager, for his fantastic photography. 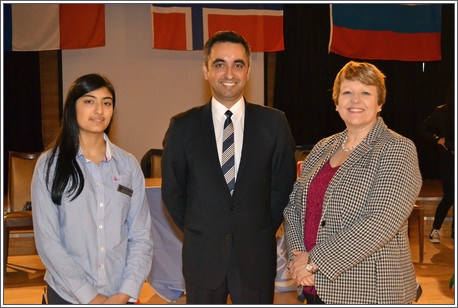