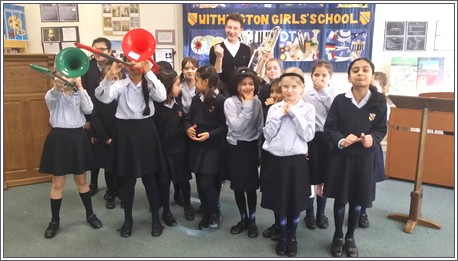 Anyone walking past the Junior Resource Room on Monday morning would have wondered what on earth was happening, as they would have heard the whole of the Junior School seemingly blowing a mass ‘raspberry'! But they were only trying out the technique for getting notes out of a trombone.

The School's new peripatetic trombone teacher, Mr David Price, visited Junior Assembly to introduce Junior pupils to the idea of learning how to play the trombone. 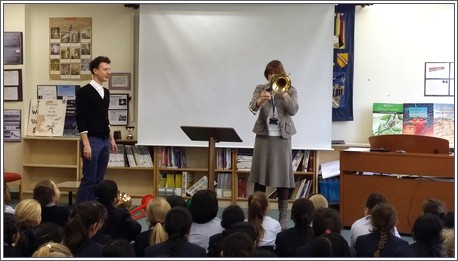 Mrs Sharon Senn, the School Bursar, who is also an accomplished pianist and who usually plays the piano in Junior Assembly on a Monday morning, is Mr Price's newest pupil. After being taught for only one hour a week over three weeks, Mrs Senn bravely demonstrated to the Juniors how she was already able to play a tune. 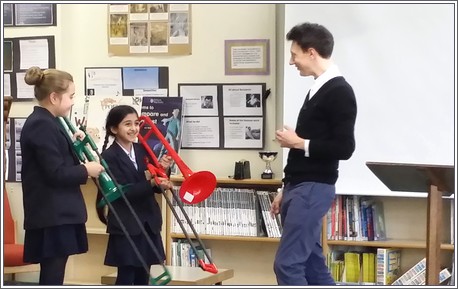 Mr Price explained that you don't just blow into the trombone, you have to vibrate your lips, like blowing a raspberry. After a noisy interactive introduction to trombone notes, many Junior girls got the chance to have a go themselves, using the Schools own colourful red and green ‘P-Bones'. P-Bones are plastic trombones that are much lighter in weight and so can be easily handled by younger children. They were bought for the Music Department by the PTA two years ago, and are available for girls to borrow, should they wish to learn how to play the trombone. 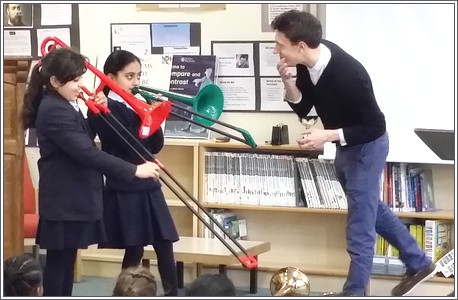 Every girl who tried – and also Mrs Burrows and Mrs Odeyinde – succeeded in getting a ‘noise' from their ‘P-Bone'. It was a great way to start the week, putting everyone into high spirits! 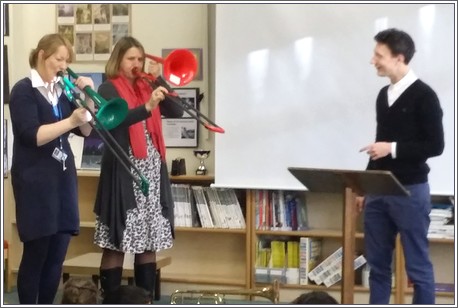