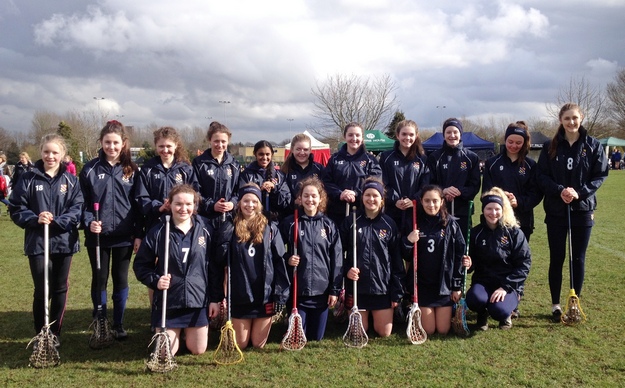 It was the pinnacle of Withington’s lacrosse calendar. After months of intense line drills, game play and gruelling fitness the weekend had arrived. The first day of spring for many but for all known lacrosse players in England, this was the most anticipated tournament of the season: The National Schools Lacrosse Championships. The lengthy coach journey en route to the Surrey Sports Grounds, our venue for the weekend, did little to dampen Withington’s excitement, arriving at the hotel on Thursday 27th February and waking up fresh faced on Friday prepared for the tournament ahead. 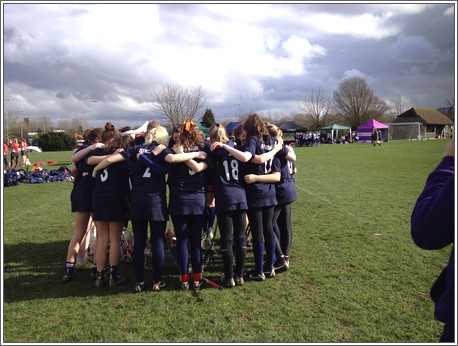 Having drawn one of the favourites for our first game, we spent the time before ensuring we were fully prepared for all games ahead. Despite the initial trepidation of being the only school to have not brought a personalised marquee and having an extra ‘h’ added to our name in the program, we were determined to make an impact on the tournament; a feat especially hard in the intense, 15 minute matches. Although disappointing losses to Haberdasher’s Askes and Downe House 1-4 and 0-6 respectively set Withington back, we were not deterred, and went on to win against Marlborough 5-3, Fettes 1-0 and Abbotts Hill 5-1, as well as narrowly losing to St Paul’s, our main academic and lacrosse rivals, in a 2-4 resulting battle.

Whilst enjoying Surrey’s finest pizza a la pizza express, we were overjoyed to find out that we had fought our way to a place in Saturday’s first division, a great achievement in itself. We knew that this would mean facing tough competition but we weren’t fazed by this and merely excited by the prospect of playing against such talented teams. Waking up Saturday morning was a challenge in itself after playing six games on the Friday but after sampling the Travelodge’s finest breakfast, we were prepared and determined to make our mark in the first division. Birkenhead were our first opponent of the day. Comforting as it was to hear a northern accent, we knew that Birkenhead were a strong side and we would need to pull out all the stops if we were to win. A few yellow cards later, we came out victorious beating them 3-2 in an intense match. In high spirits we went on to draw 1-1 with the Royal School. Unfortunately, exhausted from our morning’s effort, we were not able to win our games against St Albans and St Georges Harpenden losing 0-2 respectively in both games and unfortunately meant we did not progress to the quarter final.

This ending to the tournament was a landmark for the members of the upper 6th for whom it was now time to bid farewell to WGS lacrosse with the hopes of representing their universities in the future. Every member of the team had enjoyed the experience, playing teams we had never played against previously and the southern sunshine over the two days certainly did not go amiss!

Our final thanks go out to Miss Richards and Antonia, we couldn’t have wished for better coaches and also to the parents who travelled such a long way to support us, your support was invaluable.
Emma New, Upper Sixth