Drama on and off stage

Celebrating that the tube strike had been called off at the last minute, we set off for a busy day in London with 16 Lower and Upper Fifth girls. We had been invited down to see the King's College London Greek Play. This college has a history of putting on a play in Greek every year since the 1950s. This year, Zara Tso (who left Withington in 2012 and is in her first year at King's reading Greek and English) was starring as the leader of the chorus in Aristophanes' Wasps. 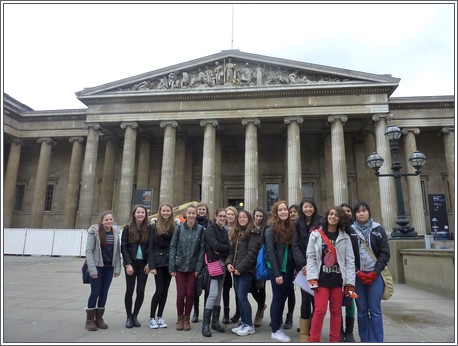 Outside the British Museum

First of all, we visited the British Museum where the girls were set the task of finding artefacts to support their knowledge of the Ancient Greek world for their Sources for Greek Life paper and then walked back to get the tube to the theatre through increasingly wet and windy conditions. 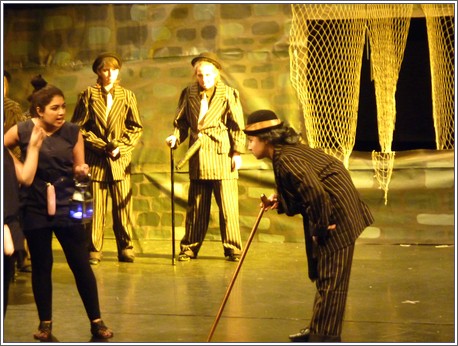 The play was very entertaining. Fortunately there were subtitles so that we could all appreciate the script but there was plenty of visual humour too and Zara was a star! We were delighted to chat with her and the director afterwards when she admitted that she had forgotten her lines at one point but threw in a line of Greek which she remembered from the Reading Competition at School! 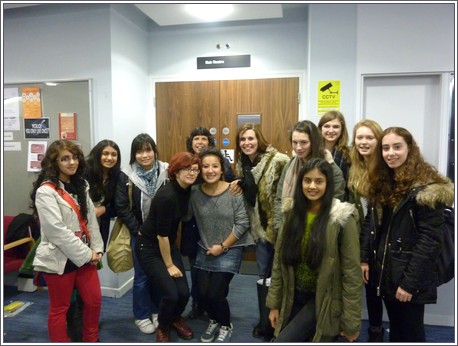 Meeting Zara after the play


Bright sunshine greeted us as we left the theatre but, after dispersing to get tea at Euston, it became clear that all was not right with the transport. All trains to Manchester were cancelled due to the high winds and the station at Crewe had been shut after the roof had blown off, hitting power lines and causing a fire. 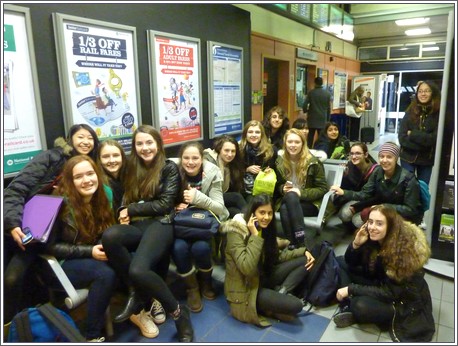 
We then had a long journey home via Birmingham and Tamworth, the latter part of the journey taking three hours, so that we eventually arrived at Manchester Piccadilly at nearly 1am. The girls were all very good natured and followed instructions, some even managing to grab a little sleep, and we were relieved to bring them all home safely that night so that three could join the French Exchange the next morning!