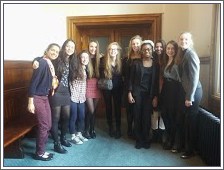 On Saturday, 30th November, twelve Lower Sixth girls took part in a Mock Trial Competition at Minshull St Crown Court. The twelve participating schools were divided into three leagues, each conducting three ‘trials' in a real courtroom in front of a real judge, who scored each team on their preparation, presentation and attention to court procedure.

The girls had prepared for weeks in advance, kindly assisted by two barristers who volunteered their time to come into School for a couple of hours each week to familiarise the girls with the fictional cases and how to play their parts.

Girls played the roles of barristers (in wigs and gowns), court clerks, witnesses and defendants, alternating, for each ‘trial' between prosecution and defence. The Withington girls were scored winners in all three of their trials, coming top of their league. However, on points, they just narrowly missed going through to the final, but came a very creditable third in the competition. 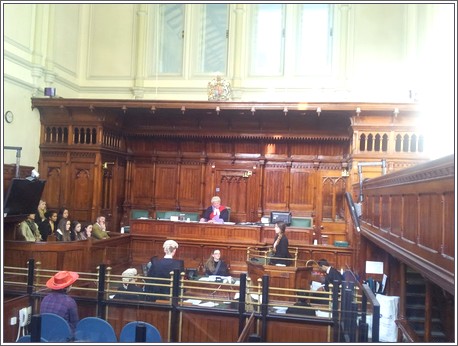 In a separate challenge, two girls took part in the MEN law reporter competition and won. The girls all learnt a great deal about the UK system of law in the process and were a credit to the School. They should be very proud of their achievements. Congratulations to all.
Miss Amanda Phillips Mock Trial Coordinator