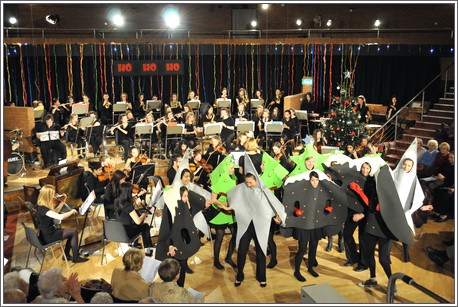 Withington's Christmas Concert and Tea Party for Senior Citizens heralded the start of this year's busy in-school festive musical programme. Around 200 local pensioners were invited to the Concert and treated to a seasonal selection of old time Christmas favourites, traditional carols and instrumental pieces performed by Senior School choristers and musicians. 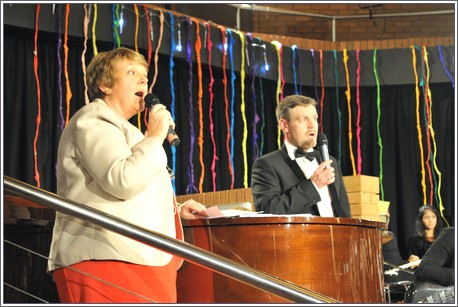 During the concert – which took place in the Arts Centre on 4th December – Mrs Marks and Mr McKenna led guests in singing renditions of nostalgic classics Que Sera Sera, Moon River, Well, Did You Ever and Vera Lynn's We'll Meet Again. 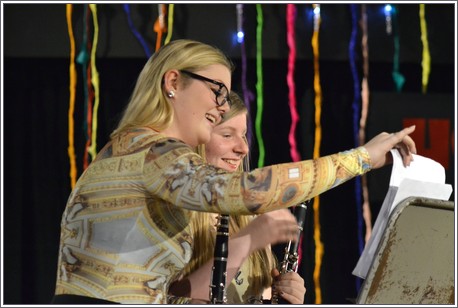 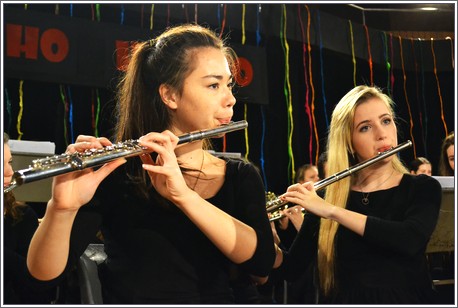 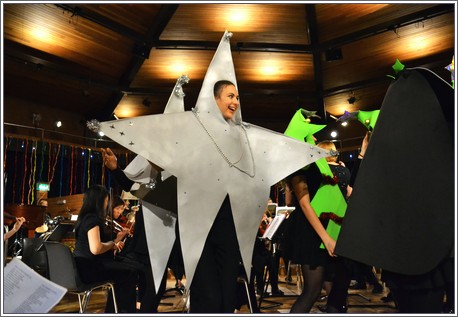 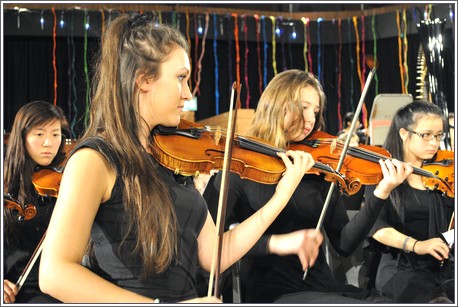 After a rousing finale of Merry Christmas Everyone performed by the Senior Choir and Senior Orchestra, the pensioners enjoyed party teas and each received a gift kindly donated by Withington pupils and parents. The Senior Citizens' concert was previously organised annually by the Didsbury Rotarians but the School took over sole responsibility for the event last year after the club sadly announced its closure. 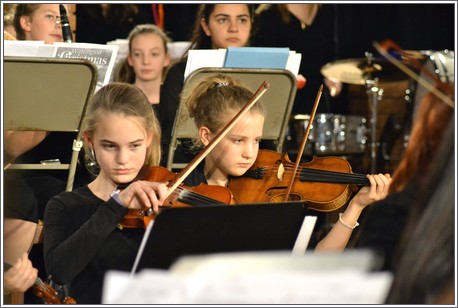 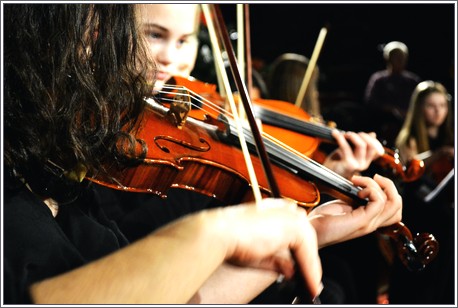 Out of school, WGS musicians have also been in great demand. On 1st December Withington joined St Ann's Hospice's Tree of Lights service in Manchester Cathedral. During the moving service, in which relatives light candles in memory of their loved ones, the Senior Choir performed Enya's May It Be from the Lord of The Rings. 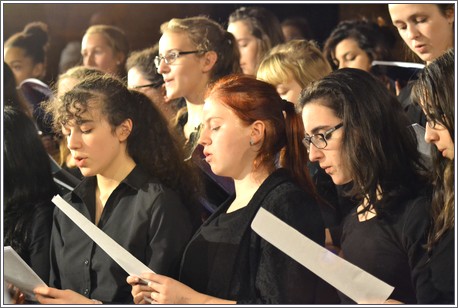 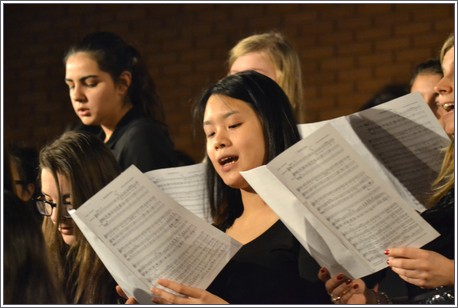 And on 9th December the Senior Choir enjoyed Withington's longstanding tradition of participating in the St Ann's Church Festival of Lessons and Carols, with donations, as ever, going to the homeless charity, the Wood Street Mission. The 80-strong Senior Choir started their day out with a browse around the Christmas Markets and rehearsal in the church followed by dinner at Café Rouge.

"There is always something very special about Christmas at Withington. We are able to mix the old with the new and tradition with fun. With our choirs singing at religious services at Manchester Cathedral and St Ann's in aid of the homeless and St Ann's Hospice; the old-time Music Hall and Christmas music at the Senior Citizens' party; our own Junior and Senior Concerts that combine music and laughter – not to mention the House Carol competition on the last day of term!"