On Saturday 9th November, the Upper Fourth and Upper Fifth netballers participated in the County Round of the National Schools' tournament. The U16 team had a difficult group, yet outperformed Loreto in their opening game, and followed this with an impressive 12-0 victory over Bolton School. However, they were unlucky to finish 4th in their group despite admirable performances in their remaining matches. 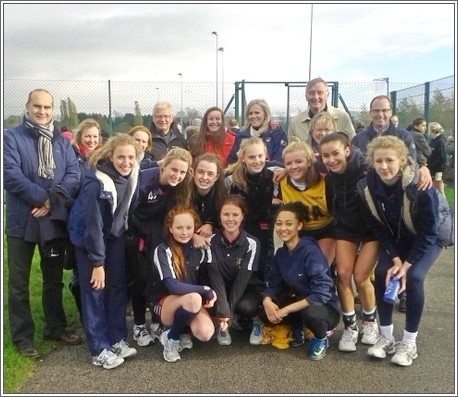 The WGS teams – with mums and dads in support!

Meanwhile, the U14 team won four out of five of their group games to achieve a semi-final place versus St Monica's. In a fiercely competitive game, we gained a two goal advantage before the break and repeated this is in the second half to take the victory, 7-3.

Due to a spectacular hailstorm, the finals had to be rescheduled for Wednesday afternoon, and I am pleased to report  that with a win against St Gabriel's and defeat to Hulme GS, the girls were named National Schools' County runners-up. They will now represent Greater Manchester in the Regional finals in January.