On the weekend of 27-29 September, Ms Deadman and Ms Layne accompanied the Lower and Upper Fourth netball teams to Condover Hall in Shropshire for the GSA Masterclass tournament, which involved more than 20 teams from girls' schools across the country.

Expectations were high after the U13s had finished as runners-up last year. True to form, they played brilliantly all weekend and were unbeaten in their 9 matches on Saturday, scoring an incredible tally of 158 goals, with only 18 against. 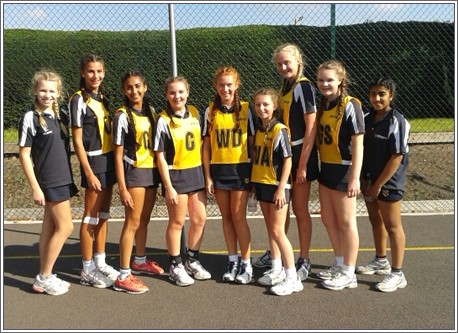 
They were outright winners of their group, progressing to play for the trophy on Sunday. They faced St Pauls Girls' in their first group game, winning 8-5, then defeated Godolphin and Latymer 9-5, and finally beating Marist Senior School 14-1 to reach the final for the second year running. St Catherine's, Bramley took an early two goal lead, yet the girls showed great tenacity and spirit to fight back to a winning position, taking the game, 8 goals to 5. 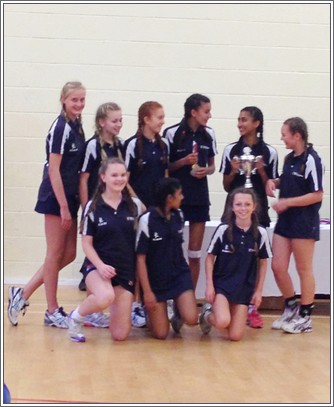 Upper Fourth team with the trophy


Ex-England Netball player Amanda Newton praised the consistency and skill level of the Withington team and named Grace Bodha player of the tournament. 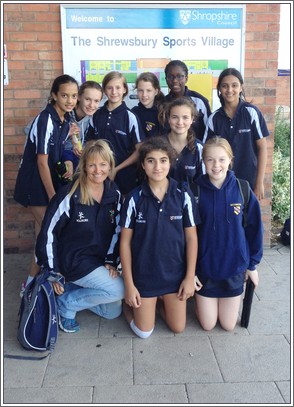 The Lower Fourth girls played seven matches on Saturday, ending up 2nd in
their group, taking them through to the play-offs for the trophy in the
top group on the Sunday. They finished a very commendable 4th overall in their group.

Congratulations to all girls who were a credit to Withington on and off the field for the entire weekend!