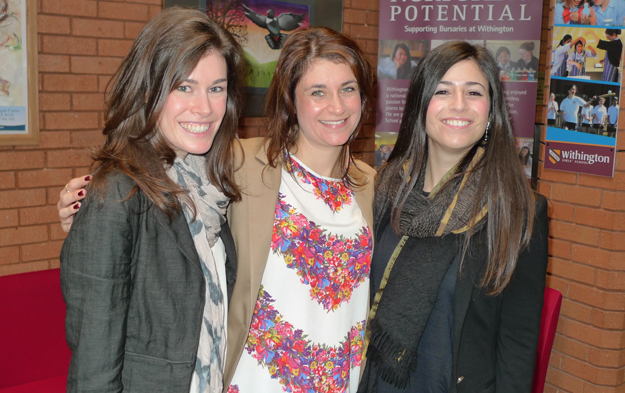 On a sunny October day, the Class of 2003 came back to Withington Girls’ School for their ten year reunion. Our former pupils were greeted by Sarah Haslam, Deputy Headmistress and Clare Flynn, Development Director. The young women were enthusiastic and excited to be back, with plenty of hugs and warm words going round about their time at Withington. As they conversed over tea and cakes, the girls were joined by their former Headmistress Janet Pickering.

Janet Pickering clearly delighted in meeting her old pupils once more, and volunteered to lead part of the group around the school, as, in the excitement visiting old haunts the group split into two. The girls revisited their memories in the Arts Centre, the Sports halls, the music rooms, Biology and Physics labs. The group’s experiences were often matched by Janet’s own memories and stories with the girls.

We enjoyed welcoming back the Class of 2003 and we hope to stay in touch. Stephanie Barlow, nee Roberts, former Head Girl said, “I really enjoyed coming back to school, I had the feeling of Déjà vu in the sport facilities, it has brought back a lot of happy memories.” Elizabeth Armstrong, shared her tall tales of being “naughty” in physics, but said “I would definitely come back to school and do it all it again.”