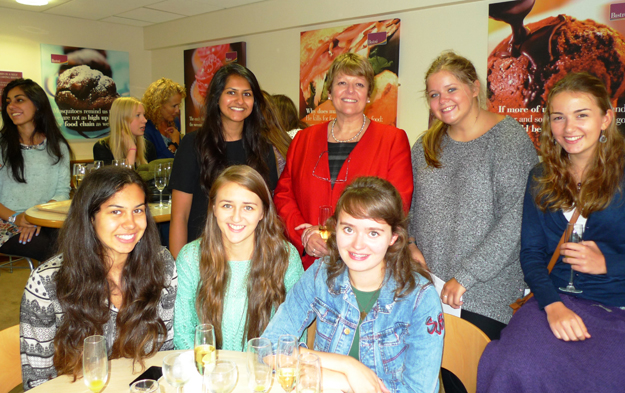 The Class of 2013 visited the School on Monday 9th September for their first school reunion. It has become a traditional annual event for teachers and pupils in providing an emotional opportunity to say farewell before the girls embark on their gap year, university or placement activity.

For some of the girls, there was an emotional homecoming feeling, returning after this year’s excellent summer months. “It is easy to slip back into school; it’s going to be hard to leave.” said Helen Carrington, destination Imperial College London.

Helen Gourley, who will be shortly studying at UCL said: “I already feel old coming back to the school, yet I am already missing it; however I am looking forward to moving on to University. It’s strange to be back, despite it only being two months. It’s nerve wracking going from 6th Form to University as there will be a very different atmosphere, but I am really excited.”

Mrs Sue Marks, Headmistress, led a toast to all, raising a glass of bubbly, “I am incredibly proud of your achievements, I am genuinely humbled by you because you are an astonishingly successful group. I have spent three years getting to know you and I look forward to staying in touch, even on Twitter! On behalf of the staff and governors, we wish you every success in your careers.”

The Director of Development, Clare Flynn, took an opportunity to talk to the newest alumnae cohort, about being part of the WGS alumnae community. Clare introduced the alumnae ‘Buddy’ scheme, which matches new leavers at their University destination with an ‘Old Girl’ for friendly support, and invited the new London based students to a future career networking event in London.

This event is a first step for Class of 2013 into a wider alumnae network and we will be looking forward to keeping in touch over the coming months and years.

All that remains is to wish them every success and happiness. 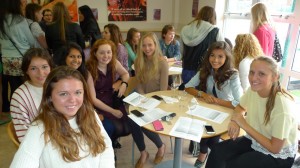 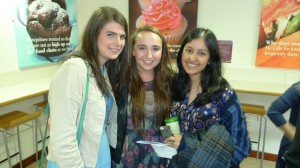 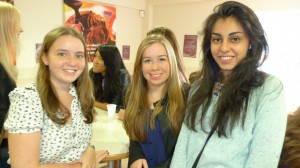 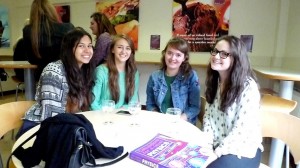 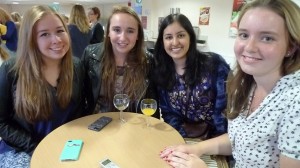 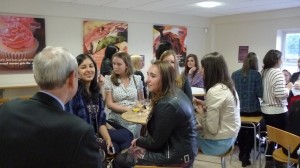 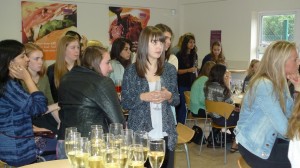 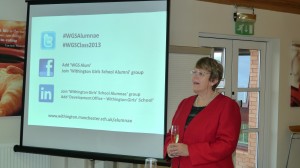