Junior pupils report on their trip to Castleton: 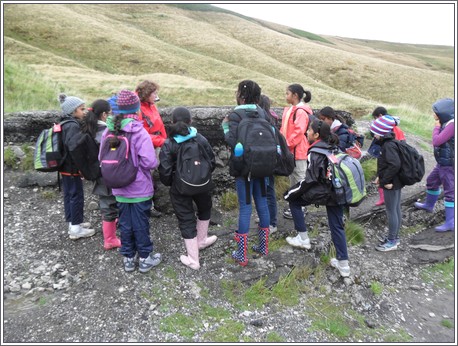 By Zahra and Rivonia, Lower II

On Thursday 19th September, Form I and Lower II went on a Geography trip to Castleton.

We learnt about rivers and the water cycle. Castleton is situated in the Peak District National Park. Three guides showed us around the Oden’s Sitch, which is a river named after a Swedish God. He was thought to be the King of the Gods in Sweden.

First we walked to a large circle and we were told that women and girls ground lead with an iron wheel, while boys and men worked in the mines. There were lots of animals in the hills and it was a lovely landscape but it was just a bit muddy!

Later on we sketched a waterfall then measured its width, depth and speed. After that we walked through the wet and muddy fields, some people even fell over a few times! But overall we had better weather than the last time. We had a great time and we enjoyed learning more about rivers and the water cycle.

It was such great fun, that we would encourage people to go there too! 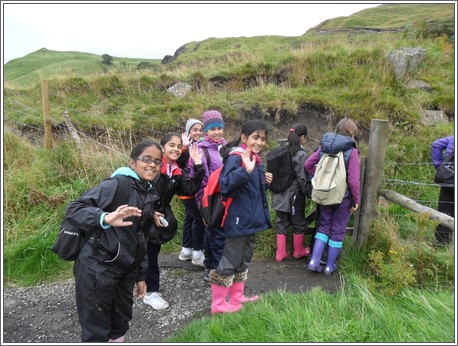 By Amelie and Ahona from Upper II

On Friday 20th September Upper II travelled with Transition all the way to Castleton in the Peak District.

Did
you know that it would take two days to walk from one side to another
of the National Park? We didn’t walk that far but it felt like it! Upper
II studied the mountain environment and Transition looked at Castleton
as a settlement. We went up Mam Tor and discovered that the land was
moving beneath our feet – very slowly – and saw how the road had slipped
away. We looked at the rock types and investigated the different
properties of slate and shale. It was a great trip and really helped to
bring alive our Geography lessons. 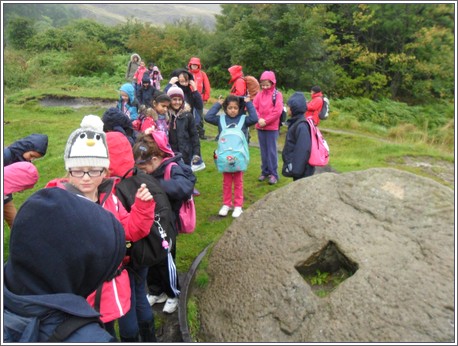