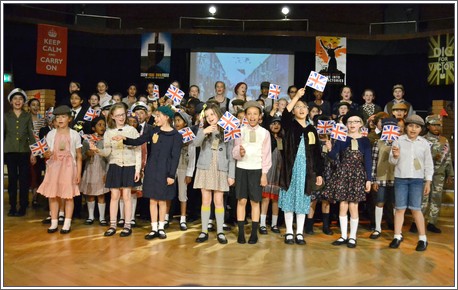 When the audience returned to the Arts Centre after the interval of the Juniors' Strawberry Serenade Summer concert, they might have thought they had travelled back in time to war-torn London. Air-raid sirens blared as a classroom full of children, for all the world looking as if they had stepped out of the 1940s, were being taken through a gasmask drill by their teacher. 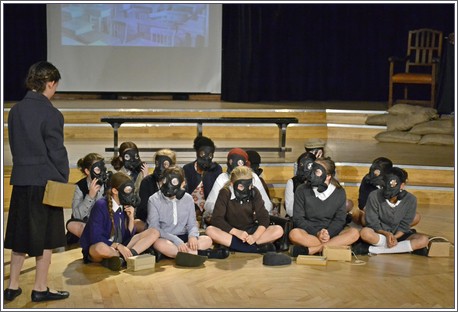 This was the beginning of We'll Meet Again, a play by Gawen Robinson and Keith Dawson, about the consequences of World War II for Britain's children. Upper II pupils played a very convincing array of girls and boys forced to leave their homes and families and adjust to a life in the countryside in the care of strangers. 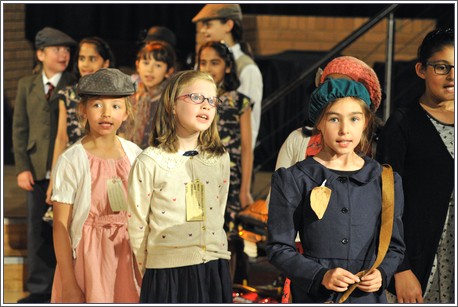 The rest of the Juniors took on various roles, representing all the services as well as various other adults and children. The story was interspersed with renditions of many wartime favourite songs, such as It's a Long Way to Tipperary and We'll Meet Again. 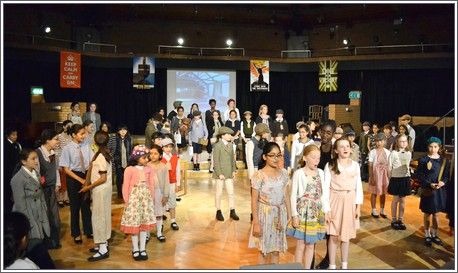 Before the interval, the audience, who included many former WGS staff who had earlier attended their Annual Tea Party, as well as family, current staff and friends, were treated to the full range of Junior music provision at Withington.
The performance of Junior Orchestra, who opened the concert with a performance of the BBC Wimbledon theme, was followed by a fantastic Ukulele orchestra composed of Transition, Form I and Lower II, which looked and sounded spectacular, with each Form having their own colour ukulele. 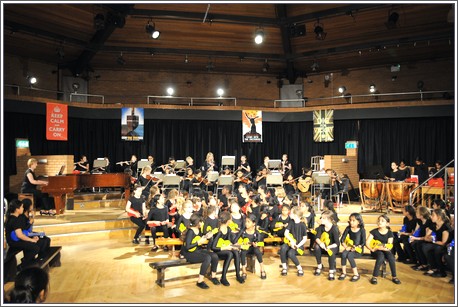 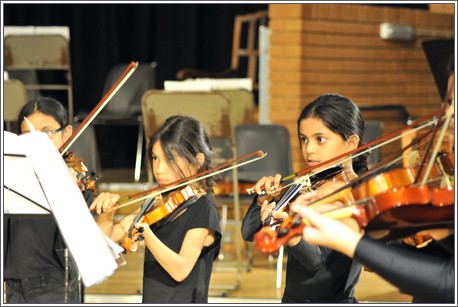 An amazing percussion performance followed, using only colourful plastic tubes. String ensemble performed ‘solo' without a conductor in a piece which included a solo by each player. The Choir then closed the first half with a superb rendition of The Rhythm of Life from The Lion King. 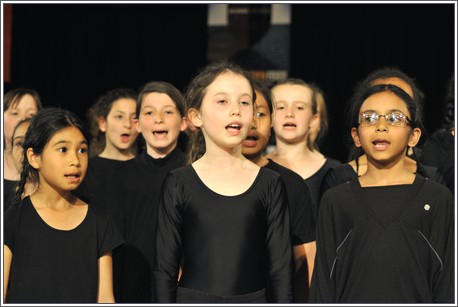