WiMUN V – the fifth Model United Nations Conference to be hosted by Withington – was the biggest gathering of its type at the School to date. More than 250 delegates representing 19 schools from as far afield as Birmingham, Malvern, Shrewsbury and Liverpool gathered at Withington on Sunday, June 30th, for the day-long sessions.

Ms Jane Maher, Withington's Head of History and MUN Coordinator, said: " The standard of debate was very good considering the participants were largely novices or quite inexperienced delegates. The majority were Year 10 or below; older participants had perhaps only been to one conference. This is what marks WiMUN as different from other MUN events."

New this year was the introduction of a 15-member Security Council for students with more experience, requiring in-depth knowledge of countries and topics producing more intense debates. This year's Outstanding Delegation, representing the Democratic People's Republic of Korea, was from Altrincham Boys' Grammar School; Bolton Boys' School was Highly Commended for representing Israel and the WGS delegation, representing Russia, was Commended. 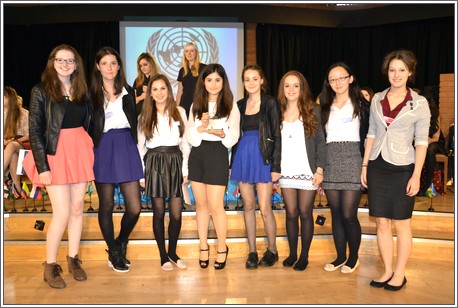