On 14th June, four Lower Fourth Chemistry enthusiasts attended the Salters Festival of Chemistry at the University of Manchester Department of Chemistry. 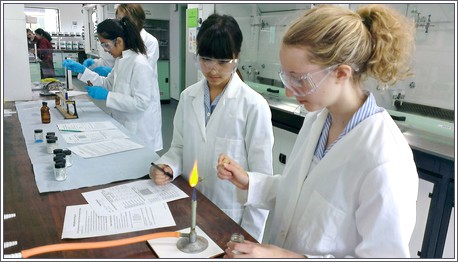 This was followed by a University Challenge, requiring the identification of five clear, colourless liquids using very limited equipment.

The day ended with a Flash Bang Show, which the girls all thought was very thrilling!