On 19th June, four Lower Fifth girls attended the seventh Physics Olympics at St Peter's School York. They were set various tasks requiring problem-solving, teamwork and engineering skills followed by a tricky quiz involving estimation and powers of ten. The challenges included calculating the density of a rubber duck and a glass prism, building a solar-powered boat using a capacitor and constructing a marble run. For each activity there was a 30-minute time limit which the girls said they found ‘challenging but enjoyable'. All four girls said that it was an inspiring day which made them think about a career in Physics or Engineering. 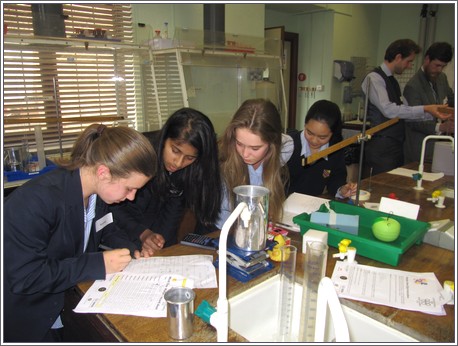