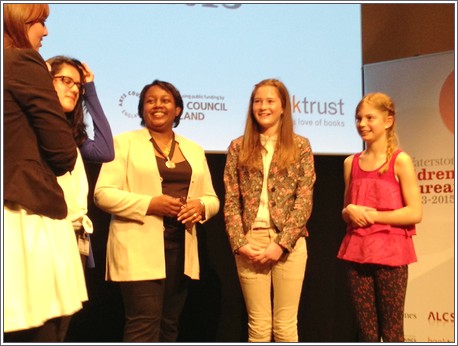 Congratulations to Lower Fourth pupil, Ella Slater, who was one of the first to interview the new Children's Laureate, Malorie Blackman –  a privilege she earned through winning a competition set by the Guardian newspaper. The video of the interview can be seen on the Guardian website.


Ella, whose ambition is to be a journalist, has written about her experience at the Guardian offices.
—
A great day that went too fast
By Ella Slater

On Tuesday 4th June I took the train down to London with my Dad to go to the Guardian offices and interview the new children's laureate. This was the prize of a competition that I had won, heard about through the Guardian newspaper children's book website which I am a member of. This site is one which anyone who loves reading and writing can be a part of- all of the reviews, stories, poems and articles that you send in are published on the site! Also, there are a lot of amazing competitions and free books involved!

When we first arrived, we were given our visitors passes (I felt very professional at that point), and shown down to the hall where the ceremony was taking place. I had no idea who the new laureate was going to be and that was quite daunting (what if I hadn't heard of them or read any of their books?). When the announcement was made and Malorie Blackman walked onto the stage, I was so relieved. I thought her books were really good and had enjoyed them a lot. (I would thoroughly recommend them, by the way)! 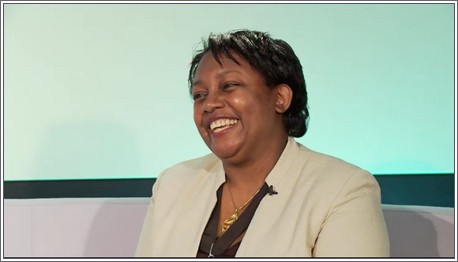 We had some lunch in the Guardian newspaper canteen and then were shown up to the multimedia studio. When our microphones were attached and we were seated on the lilac curved sofa, surrounded by cameras and spotlights; Malorie arrived and the interview started. I felt like I was on a chat show, and it was very nerve-wracking as great big cameras are generally not my friends (when a newspaper photographer comes up to you in the reception of a very major award ceremony and asks you to keep on acting naturally, it's quite impossible to actually do just that). Anyway, I'm sure that they cut out my last question because I spoke too quickly or too quietly. 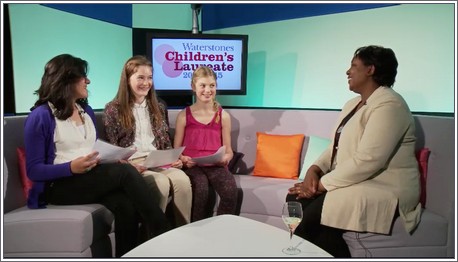 After that we had a thorough tour around the offices by the books editor (we were warned beforehand that it would be quite a lot of people sat at desks), but I found it very interesting and it definitely confirmed my desire to be a journalist. We learnt all about the different jobs that people do, where they do it, the philosophy of the desk layout (I really didn't understand that bit) and it was so thorough that I'm pretty confident that, after one visit, I'd be able to take someone on a tour themselves.

Overall, it was a great day that went too fast. I have come away with a fabulous experience and an invitation to join the newspaper in one of their daily meetings where they discuss what to put in the news, and sometimes they have special guests (in the past there has been the Prime Minister, Secretary of State, and the American Secretary of State.) I wish I could do it all again and hope to be returning someday!