On Monday 10th June the whole of the Upper Fourth spent the day at the Catalyst Discovery Centre. Each Form participated in three activities on a carousel basis; an origins workshop, a surfactants workshop and the chance to look around the museum's exhibits. 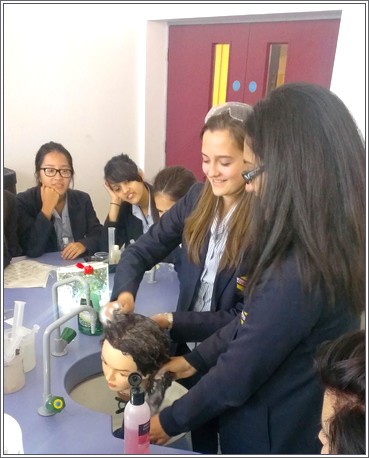 During the origins workshop the girls learnt about how atoms are formed in stars and how the smaller atoms can then fuse to form larger atoms, giving rise to the variety of elements as laid out in the periodic table.

In the surfactants workshop, each girl made their own bottle of shower gel, which was customised with their chosen scent and colour, whilst learning about the reasons for including each of the different ingredients.

Finally, the girls explored the museum's exhibits, which were varied and included a number of puzzles and games, an interactive periodic table and information about the history of the chemical industry and its prominence in the North West of England. An enjoyable and informative day was had by all.