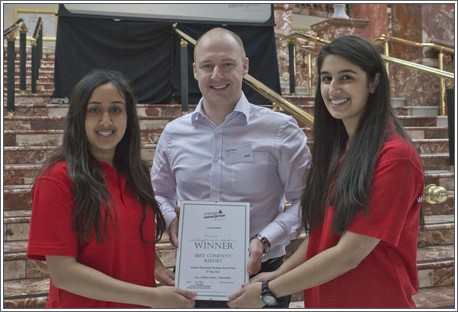 Withington's remaining company in this year's Young Enterprise competition reached the end of the road at the Greater Manchester finals staged at the Trafford Centre on Wednesday 8th May. 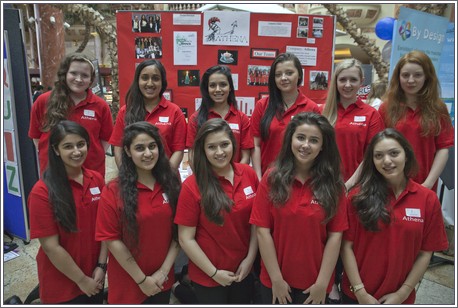 Although they did not progress to the next stage in the face of what the School's YE coordinator Ms Catherine Ositelu described as "probably the highest standard of competition ever", Athena, one of the two teams that entered into the competition, won ‘Best Company Report' at the all-day event involving ten companies from across the county.
Athena, who sold a range of scented candles in teacups – many of them recycled – was representing Young Enterprise's North and South Manchester Area Boards.

Ms Ositelu said: "The girls were amazing. Their display stand was very good and the Headmistress, who went along for the occasion, reported that the team was very impressive in answering detailed questions from the judges."
Athena had been named ‘Best Overall Company' at an earlier stage in the competition at YE's Trade Fair at the Trafford Centre.

Headmistress, Mrs Sue Marks, said: "The value of Young Enterprise is that it's real, it's not a game. The companies are registered and raise real money so mistakes can be costly and participants learn a lot from that."