The Summer Term Musical Showcase on 30th April ended in a standing ovation in appreciation of the finale performance by the Senior Orchestra of a medley of pieces from Phantom of the Opera. The accolade, though, was also for the many other superb performances that came one after the other throughout the night. 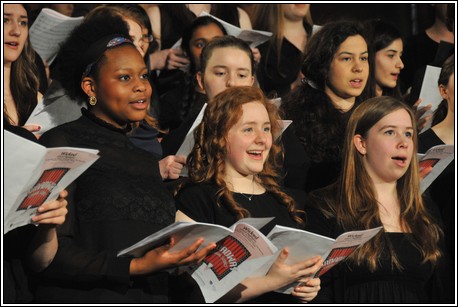 Beginning with the Senior Choir singing a medley from Wicked, a series of performances of pieces composed this year’s GCSE Music candidates followed. Performed by a combination of professional musicians and Withington pupils, each composer conducted – or performed – in her own piece to warm acclaim from the audience. 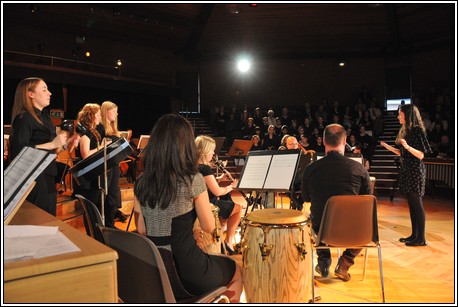 Director of Music, Mrs Sargent said: “Our GCSE pupils’ compositions are absolutely amazing pieces of World Music – African Lullabies, Instrumentals, Salsas… You name it they have composed it. When we had them recorded before Easter, by on the most part, professional musicians, I and the girls were astounded as to how good they sounded live. They are way above and beyond the requirements for GCSE.” 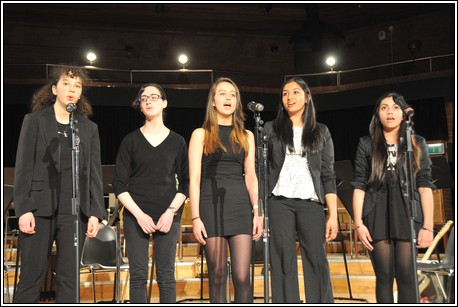 Middle School Orchestra heralded the coming summer with a superb performance of Summertime and an Upper Fourth vocal group wowed the audience with their rendition of David Guetta’s Titanium. 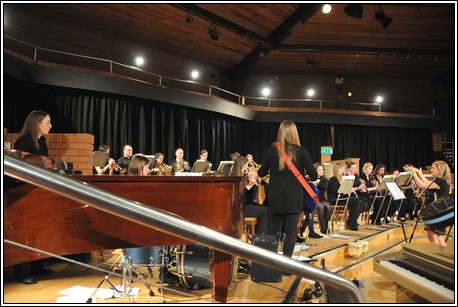 In the final piece before interval, the Stage Band had the audience absolutely rocking to Moondance, Don’t Rain on my Parade and Birdland. 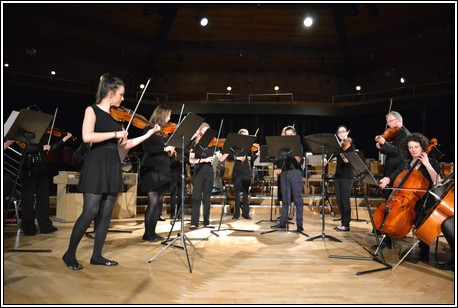 Back in the Arts Centre after wonderful refreshments provided by the School’s Catering Department the first number was a virtuoso performance of Vivaldi’s Concerto for Four Violins by the Senior Violin group – all Grade 8 violinists – conducted by violin teacher, Rebecca Thompson. Flute teachers Nicky Hunter and Julie Murray also led the Middle and Senior Flute ensembles through sets of hugely accomplished pieces. 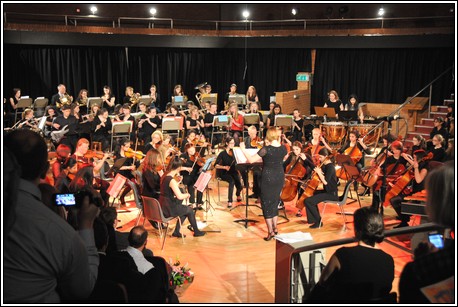 More GCSE and A Level compositions followed as well as Lower School Choir performing Lullaby of Broadway and Worried Man Blues. Clarinet Choir gave very uplifting renditions of Colonel Bogey March and Blue Rondo a la Turk.
After such an amazing programme of music the finale by the Senior School Orchestra had some very hard acts to follow but they more than stepped up to the plate with their masterclass performance of Phantom of the Opera.

Parents, staff and friends who attended would not have had a better night’s entertainment had they been at the Bridgewater Hall!