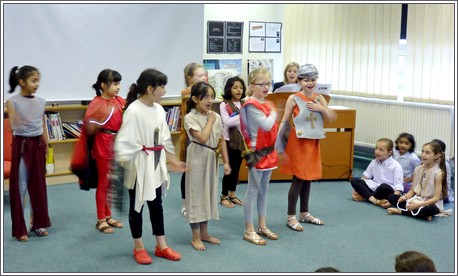 On Monday 20th May, the Junior School were treated to performances by both the Transition and Form I. Transition performed The Warrior Queen, where they sang and told the story of the friction between the Celts and the Roman Soldiers. 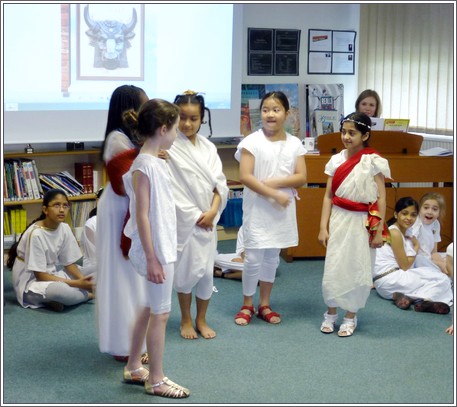 Form I took us back in time to The Minotaur's Head, where they told us about the development of democracy in Ancient Greece. The girls wore fabulous costumes and had great fun singing, dancing and acting. It certainly was a very enjoyable and informative way to start the day! 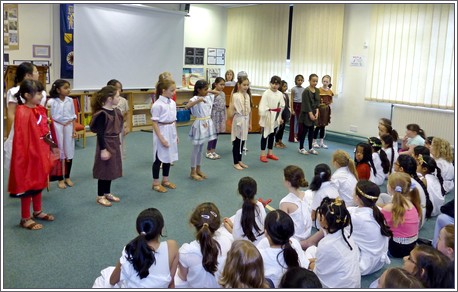