Withington in the USA!

Eighteen girls from Upper Fourth to Upper Fifth spent the first week of the Easter holidays exploring Washington DC, Philadelphia and New York. Led by Head of History, Ms Jane Maher, the wide-ranging itinerary provided the girls with a real insight into the historical, political and modern-day fabric that makes up the United States of America. 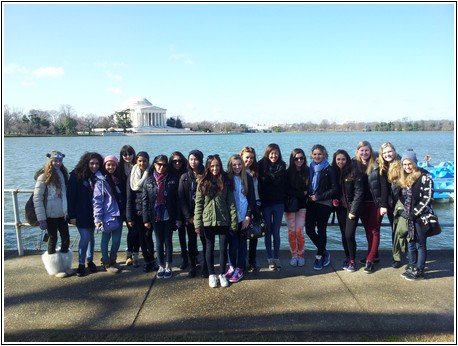 In Washington DC the memorials of Thomas Jefferson, Abraham Lincoln, Martin Luther-King and Franklin Roosevelt; the graves of John F Kennedy, Robert Kennedy and Ted Kennedy; the military graves at Arlington Cemetery, the Korean War memorial and the Second World War memorial; a comprehensive tour of the Capitol and Library of Congress and a visit to the White House were all included in a packed 2-day schedule – all seen with the benefit of the knowledge of local guide, Canden. 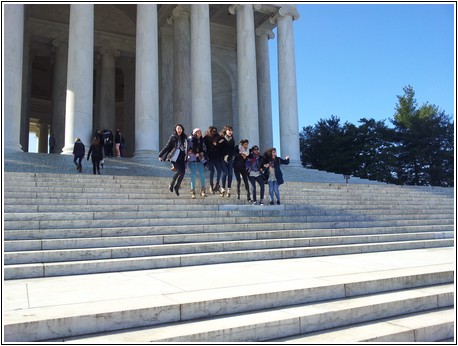 There was also time to visit some of the many museums in Washington including the Air and Space Museum which houses many exciting exhibits including the Apollo 11 Command Module, particularly pertinent given that Withington had hosted Moon samples collected on the Apollo missions only a few weeks before. 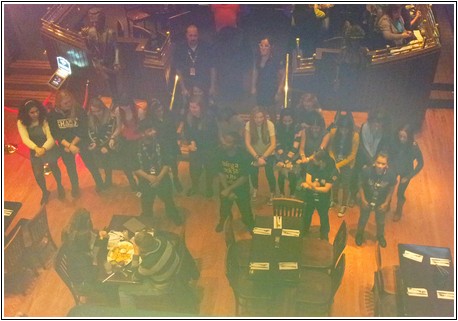 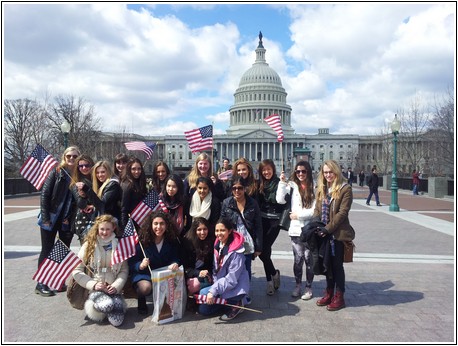 The third day saw the girls have breakfast in Washington DC, lunch in Philadelphia and dinner in New York. Leaving Washington by coach with a stop-off at a shopping mall, they arrived in Philadelphia to be met by guide, Jen, who facilitated a visit to the Independence Visitors Centre, including the historic State House where the Declaration of Independence from Britain was signed and the American Constitution was written. Lunch was taken in the former ‘Bourse', a beautifully restored building, before taking a tour of the City by coach. The varied classical, Art Deco and modern architecture and one of the original casts of Rodin's Thinker were among some of the highlights. A visit had to be paid to the famous ‘Rocky Steps', the iconic landmark well known to fans of the original Rocky movie. 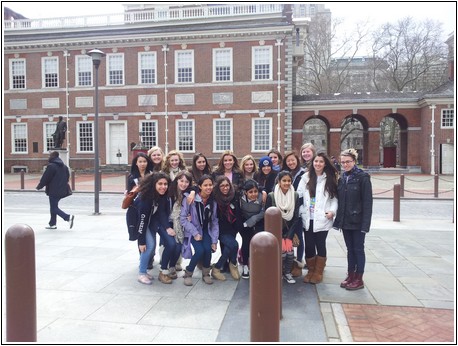 The next, and final, leg took them to New York City where their hotel was only a short walk from the buzz of Times Square and Broadway. Met on the first morning by guide, ONell, the girls were taken on a walking and subway tour of the City. Beginning at the Rockefeller Centre, they strolled along 5th Avenue to Central Park then took the subway to Greenwich Village where lunch, for some, included the ubiquitous hot dog! 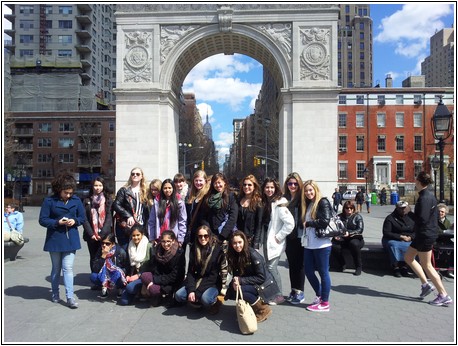 A good portion of the afternoon was spent visiting the 9/11 memorial, a truly sobering experience. Our guide commented most positively on the behaviour and sensitivity of Withington pupils.

The evening saw the party enjoying a wonderful US -style dinner including ribs, fried chicken and cheesecake. There was then time to enjoy the buzz in Times Square before heading on to see the musical, Chicago, on Broadway. 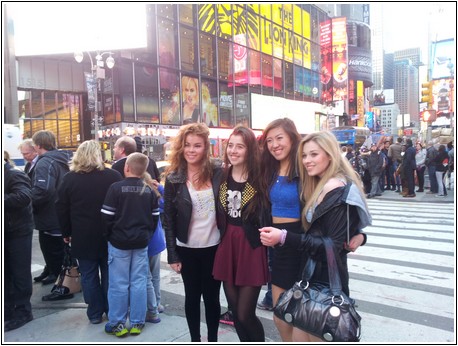 The last day began with a boat trip around the harbour, providing spectacular city views and of course, the Statue of Liberty. A walk along Wall St precluded a trip to the top of the Empire State Building to see yet more spectacular city views from another perspective. There was just time for a final look around the shops before heading to the airport and the long flight home. It was certainly a jam-packed five days, by the end of which Day One seemed but a distant memory!

This trip was live-blogged and tweeted. Read here for more news about this trip. 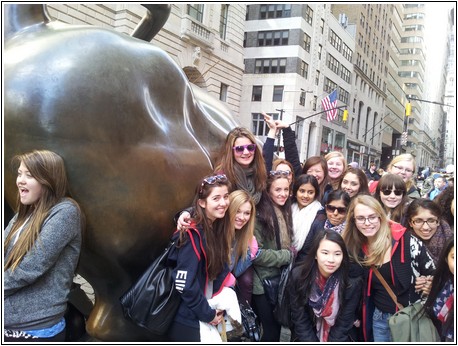 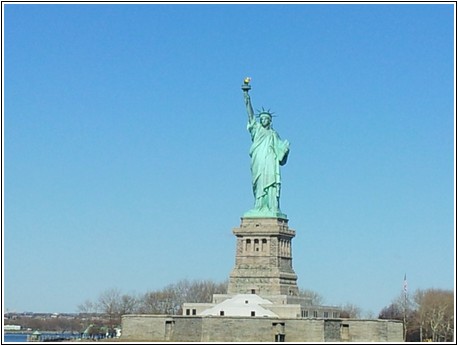