Out of this World!

Actual material from the Moon brought back by the Apollo astronauts from the Moon missions of the 1960s and 1970s were used in Physics lessons in March. The ‘Moon rocks’ and fragments of meteorites were loaned to Withington by the Science and Technology Facilities Council under the strictest of security. Their presence at the School could not be revealed outside until they had gone! The samples, collected during NASA’s manned space missions to Earth’s nearest neighbour – only 240,000 miles distant – were part of the 382 kilograms of lunar material brought back by the crews of Apollo 15, 16 and 17, the last being launched in 1972. They comprised samples of Orange Soil, Highland Soil, Mare Soil, Anorthosite, Breccia and Basalt recovered from various locations on the Moon and embedded in a glass disc for close inspection. 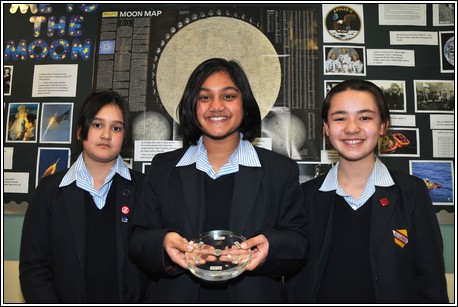 Pupils with actual samples collected on the Moon


As well as being available for all the girls (including Junior pupils) to see and touch, the Moon rocks’ visit to Withington stimulated related lessons across a wide range of subjects, both scientific and artistic, devised with the help of School Librarian, Mrs Diane Sutton. 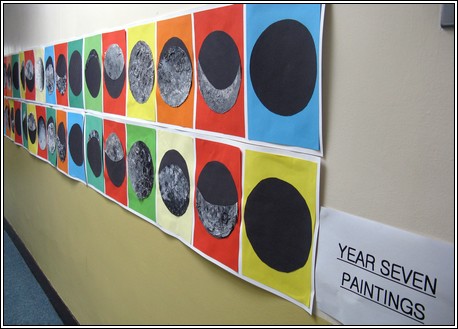 
Head of Physics, Mrs Lisa Bradshaw, said: “ The girls were very excited to see them. They really brought the subject to life and elicited expressions like ‘wow’, ‘cool’ and ‘amazing’.” 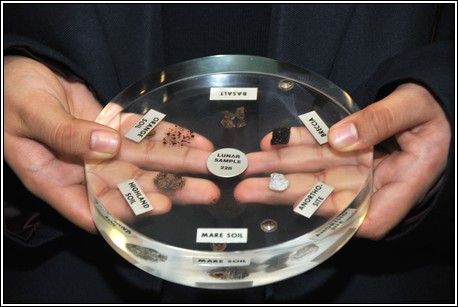 
Mrs Bradshaw and the Upper Fifth presented a whole-school Assembly on Tuesday, 5th March, speaking about how the Americans reached the Moon and touching upon the Apollo space programme and its legacy. One of the messages of the Assembly was that the Apollo programme was two generations ahead of its time, especially given the technology available to NASA at the time – probably less than in an iPhone! 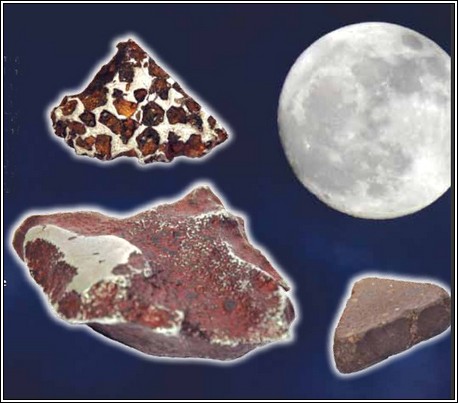 Meteorite Samples
Mrs Bradshaw added: “ The girls were fascinated by handling and smelling the meteorite fragments too – made of iron and nickel.”


The Lunar samples inspired lessons about the phases of the Moon for Physics students; geographers studied the Moon’s effect on the tides; artists painted pictures of the Moon’s phases and historians considered the ‘space race’ in the context of the Cold War. Moon Goddess Diana and other myths engaged Latin lessons; ICT students considered conspiracy theories that the Moon landings might have been a hoax; English lessons involved the writing of poems related to the Moon and Maths pupils focused on spherical geometry problems.