At last! Withington’s achievement of the top award at the International Model United Nations in Bath was a first for the School at a conference outside Manchester.

A delighted Ms Jane Maher, MUN co-ordinator, said: “We have done it! WGS has cracked the glass ceiling. Not only was this a first for us, but Withington is the first all-girls school to win this conference.” 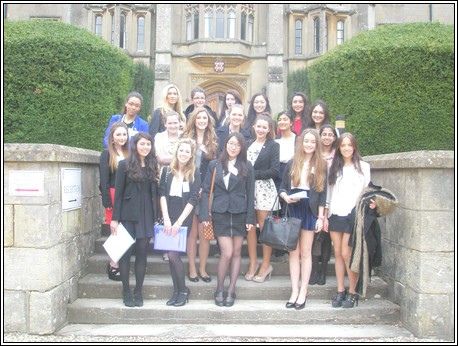 Twenty-one girls took part in the Bath IMUN conference over the weekend of Friday 1st – Sunday 3rd March, representing four delegations: Bangladesh, Bosnia, South Sudan and Russia. The girls had prepared extremely well and everyone took resolutions which had been carefully crafted and checked.

The two days of debate saw WGS girls constantly taking the floor and being totally involved in the event. When the award ceremony took place WGS found that they had won an award in every committee bar one – with top awards – that is, the Best Committee Delegate; a really prestigious achievement – going to two of our delegates.

Four of the Withington contingent were Commended delegates; six were Highly Commended and two were winners of the coveted gavel awarded to Best Delegates for outstanding performances in Human Rights and in the Security Council.

Withington’s Bangladesh and South Sudan won Commended Delegation Awards and Russia took the conference’s top award – that of Outstanding Delegation. It meant that three of the four Withington delegations won an award.