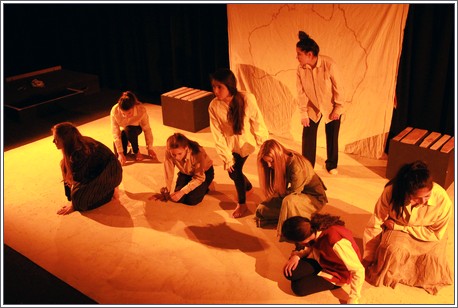 Withington's GCSE drama students enacted a dramatic performance in more ways than one in the Drama Studio on 18th March. Their version of the set piece – Our Country's Good – earned every girl full marks when they performed it before the examiner in the afternoon and an enthusiastic ovation when they repeated the show for family and friends in the evening.

Our Country's Good, a complex story involving a ‘play within a play' written by Timberlake Wertenbaker in 1988, proved that our girls are good too. The work, based on a Thomas Keneally's novel, concerning a group of Royal Marines and convicts in a penal colony in Australia in the 1780s, is regularly used as an examination set piece. Working in two groups, one performing the first act and the other performing the second, the girls played multiple roles including officers and their prisoners. 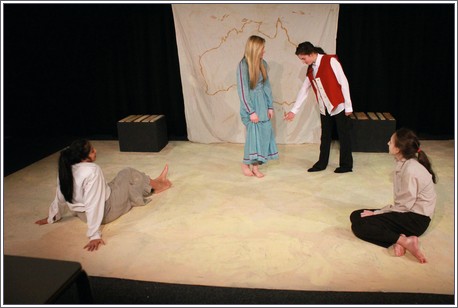 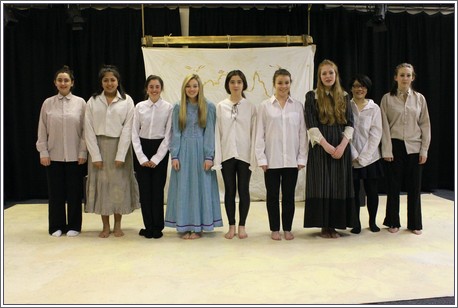 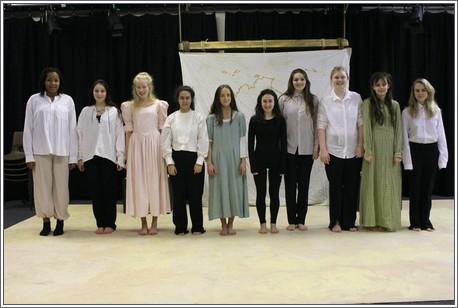 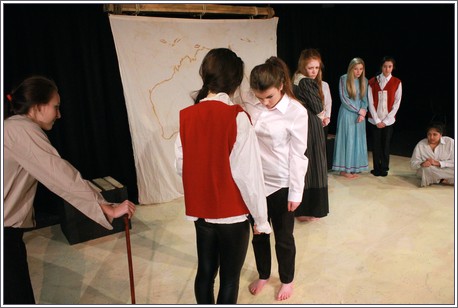 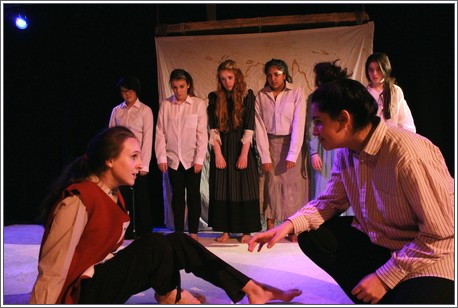