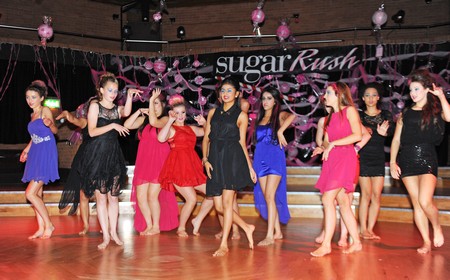 The evening of the 23rd October saw "the sweetest Fashion Show of the year" – entitled Sugar Rush – presented to a packed Arts Centre by Upper Sixth pupils. Staged in aid of Barnardo's and Diabetes charity JDRF, the show raised more than £7000 to be shared between the two charities. 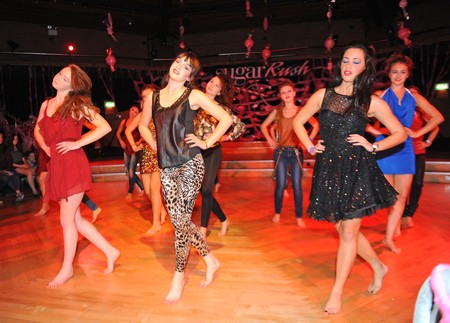 Sugar Rush involved more than 50 models drawn from the Lower Fourth to the Upper Sixth Forms and included a team of intrepid boys from MGS. Some brave Withington Staff also took to the ‘catwalk' and were given an enthusiastic reception as they danced and sashayed to Robbie Williams' Candy/Vertigo. 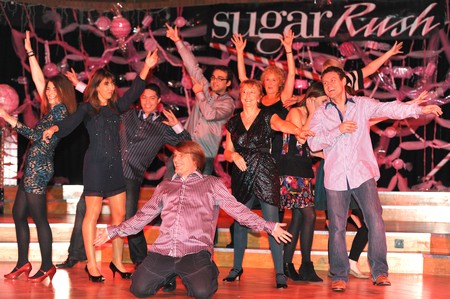 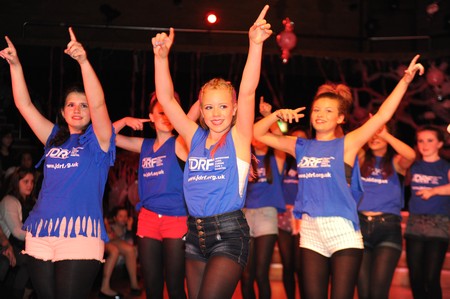 During the build-up to the show a fashion design competition was run in School for the ‘sweetest' dress design. The standard of entry was so high that the Fashion Show Committee decided to award two more prizes then they had originally intended!
Combining with Eco Warriors, the comperes for the show wore outfits made entirely of sweet wrappers and packets collected in School. 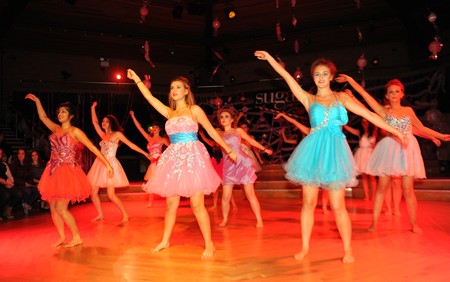 The polished choreography and dazzling clothes bore testament the huge amount of work the organising team had put into preparation and planning. They had put together choreography, finance, sponsorship, the clothing collection, publicity, construction of the set and ticket sales, began working on the production before the summer holidays. 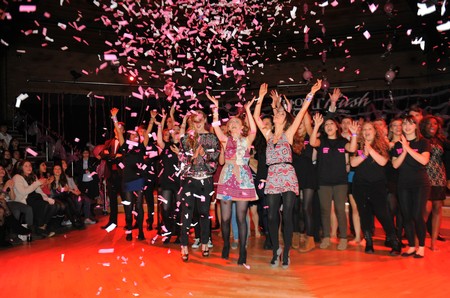 The show ended with an explosive finale of pink and white confetti fired from eight 'confetti cannons'!