On Friday 25th May the girls in Upper II visited the Air Raid Shelters in Stockport. The girls have been studying the lives of children living in Britain during World War II and re-enacted the role of evacuees for the morning. 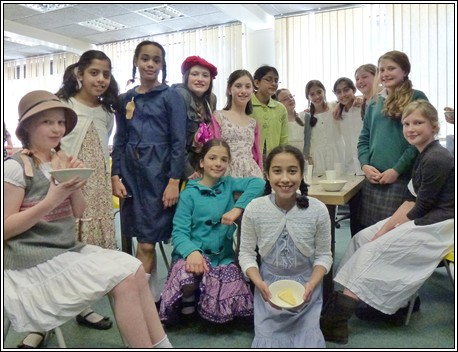 Resplendent in their costumes, they were taken on a tour of the shelters by the ARP warden on duty that day. She instructed our ‘evacuees' about the rules and regulations required in the shelter. The visit included a look at the sleeping arrangements, the First Aid station and, probably most fascinating of all, the sanitation arrangements!

The girls had learnt a selection of War time songs beforehand and delighted the wardens with their rendition of these as they made their way through the labyrinth of tunnels. 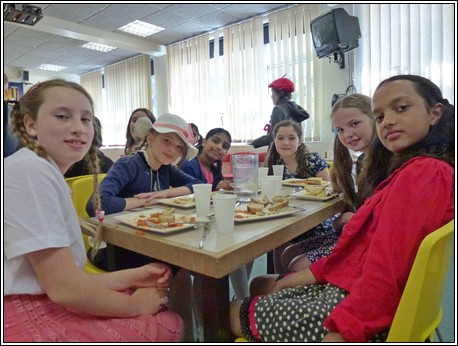 On their return to school, the Catering Staff provided a splendid Wartime Ration Lunch. After some initial reticence, it was not long before they tucked in to Corned Beef Hash and Semolina tart and were asking for more!