It was the ultimate birthday candle for Sasha and the crowd (yes a crowd even at that early hour!)  broke into a rendition of 'Happy Birthday' for runner 009 – Natasha Carter!

Head of PE, Mrs Ferrol was there to cheer Sasha along. She said: "I knew it would be a special experience, but it was even more emotional  and exciting than I imagined it would be – there were more than a few tears flowing as Sasha prepared for the torch to arrive with her family and friends beside her." 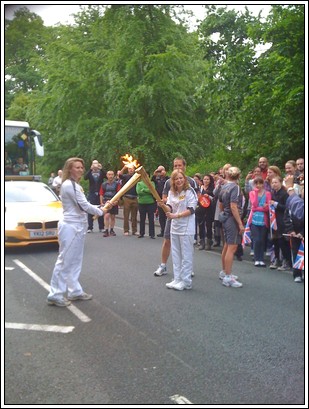 Passing on the flame 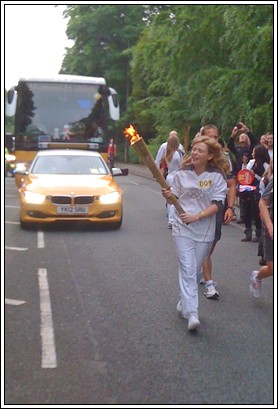 Sasha with the torch 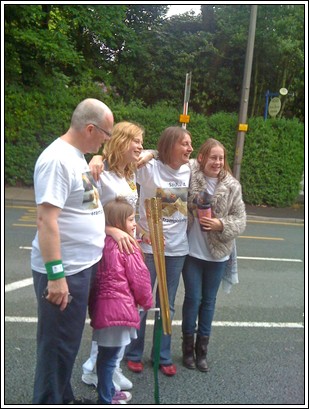 Sasha with her proud family 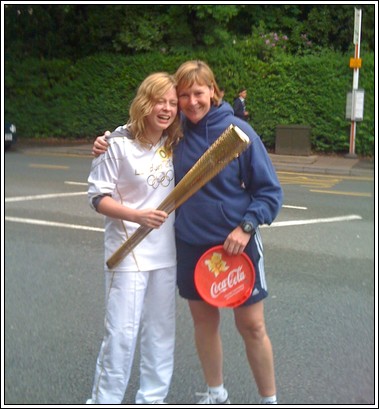 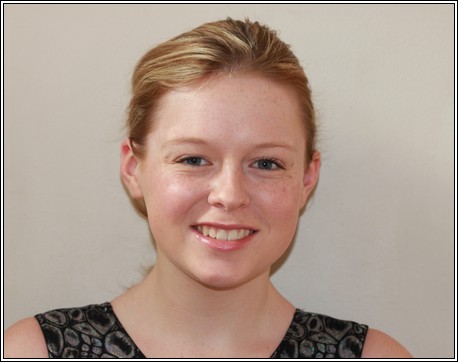 It will be a double celebration for Sasha, who left the School in the summer of 2011, for she is celebrating her 19th birthday on the same day.

She said: "I'm just blown away with such a great honour and very excited right now – it's a once-in-a-lifetime thing."

Sasha, a member of Great Britain's international trampoline team, came very close to taking part in the London 2012 Olympics as a competitor. She was shortlisted for the Team GB squad but just missed out when the final selection was made.

A member of the City of Salford Trampoline Club, she has been a member of the international team for more than six years and competed in a series of tournaments around the world.

Sasha attained her best international performance while studying for her A-levels at Withington, winning a Silver Medal for taking second place in the under-19 synchronised trampolining event at the World Championships in Metz, France. She has recently returned from competing in an international event in Sweden.

Already an accomplished gymnast, Sasha took up trampolining at the age of eight and went on to captain her age group in the GB team. She travels regularly from Leeds to Salford to train despite the demands of her degree course.

She will carry the iconic torch for 300 metres along Chorley New Road in Bolton from Cranark Close to Clevelands Nursery School in her specially-supplied white and gold kit.

Said her mum Angela: "We're all incredibly proud. The progress of the torch gives us a real sense of just what a special event the Olympics are."