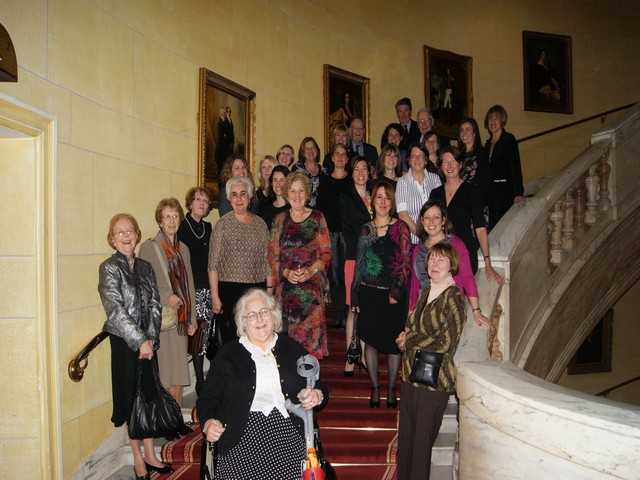 Leavers from the 1950s through to the 1990s gathered at this inspring historic location, meeting first in the Club’s Smoking Room for a drinks reception during which the Club’s Archivist, Mr Michael Meadowcroft, treated guests to a fascinating account of the Club’s history.

After a group photograph on the Club’s impressive spiral staircase, Alumnae then headed through to dinner in the Lady Violet Room, where they found at each place setting an individual menu card embossed with the Club’s logo and with the date of the Dinner.

After a formal welcome from Laura Firth, Development Officer at Withington, guests then enjoyed a delicious three-course dinner, choosing from either Honey and Saffron Poached Pear with Curly Endive and Gorgonzola Salad or Forman’s London Cured Salmon served with Lemon and Brown Bread to start; Aubergine and Red Pepper Pie with a Brioche Crust, Honey Roast Duck Breast, Wild Mushroom, Tarragon and Spinach Sauce or Plaice Fillet stuffed with Prawn and Dill Mousse with a Crab Sauce for their main course; followed by Lemon Tart with Raspberry Coulis or a selection of Fine British and Continental Cheeses with Grapes and Celery for their dessert.

Several groups of friends had taken the opportuity to meet up up at the event, and throughout the evening the Lady Violet Room was filled with friendly laughter and conversation as old friends reminisced and new friendships were made.

After lingering over coffee and mints following dessert, guests headed into the night having enjoyed a lovely evening of food, wine and friendly chat. It is hoped that an Alumnae Dinner will become an annual event, with several suggestions already being made as to other potential venues! 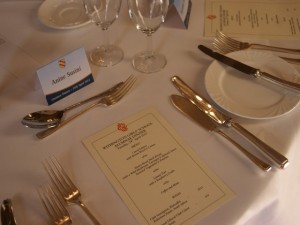 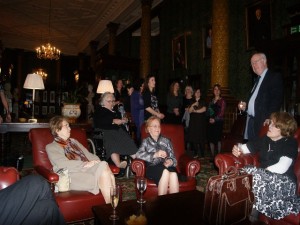 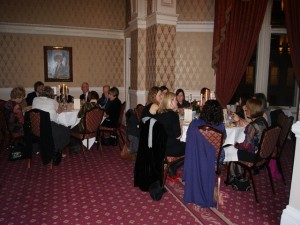