Last academic year Junior School pupils voted to use funds they had raised as part of their Eco-Warriors activities to adopt a polar bear. 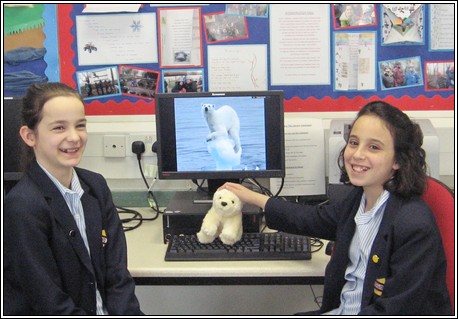 On Friday 20th April, two former members of Upper II, now in the Third Form, returned to the Junior School to give an informative and entertaining presentation in Assembly about the plight of polar bears due to climate change.

They had received a cuddly toy polar bear from the WWF as an acknowledgement for the £50 they had raised in the cause of preserving the ecosystem on Planet Earth. The girls also launched a competition to name the bear with the aim – of course – of raising further funds to help save endangered animals.