Withington’s inaugural trip to China was the experience of a lifetime for 33 pupils and four staff. Led by Head of History Ms Jane Maher, the varied itinerary provided the opportunity to gain an insight into China’s ancient, imperial and modern history; city and rural life in the present day and a look at future plans for development in Beijing. Culture, cuisine, language, arts and entertainment were also woven in to their packed schedule.

Expertly guided in Beijing by Ken from the China Travel Service, the group saw the majestic and mysterious Forbidden City, the incredible Great Wall of China, the Ming Tombs, the mummified body of Mao Tse Tung, Tiananmen Square, the Museum of Urban Planning, the National Museum of China, the Temple of Heaven, the Olympic Park, the Summer Palace, the Silk Market and two shows featuring Kung Fu monks and extremely acrobatic acrobats. 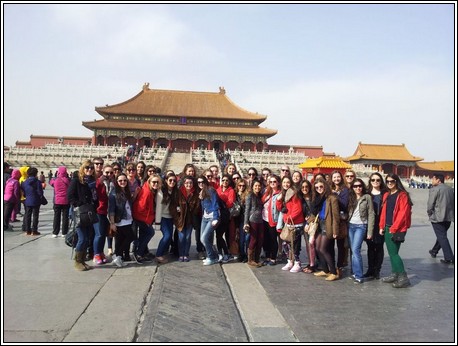 At the Forbidden City 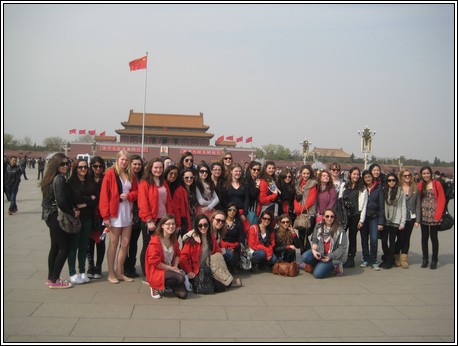 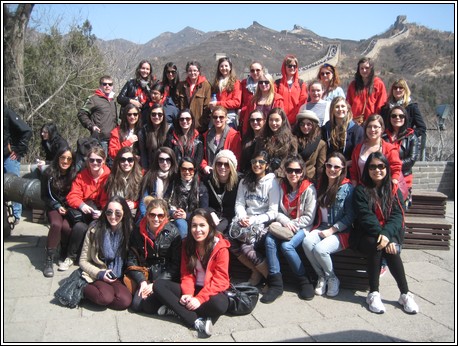 At the Great Wall of China

They also took the overnight train for a 48 hour trip to the ancient city of Xian where, guided by Michelle – clearly delighted and proud to show off her city – the group saw the grand scale Terracotta Warriors exhibit, the main reason for making the 1000 kilometre journey into the heart of China. They also had the opportunity to visit a rural primary school, look around a ‘cave house’, see a dairy farm and enjoy a meal prepared by the ladies of Wu An village, which they do as a sort of cottage industry. 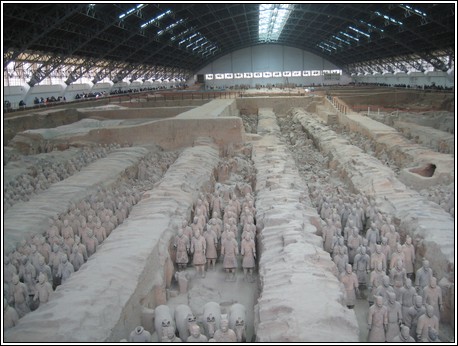 Also on the Xian itinerary was a visit to an art gallery where everyone learnt the basics of Chinese calligraphy and how to write some Chinese characters. The girls were also able to take a cycle ride along the tops of the extremely well-preserved inner city wall and walk in the park with a Buddhist temple, the Big Wild Goose Pagoda, at its centre. Evening entertainment in Xian was the beautifully costumed Tang Dynasty show, seen in a café theatre. 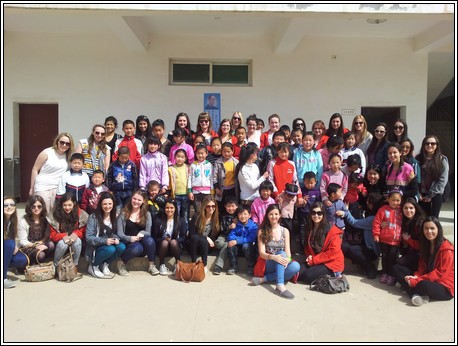 Aside from the packed sightseeing itinerary the girls also enjoyed Chinese food at every meal and gained greater understanding and awareness of life in China today. So much was different to their own social and cultural experience, not least – it has to be said – eastern style squat toilets! 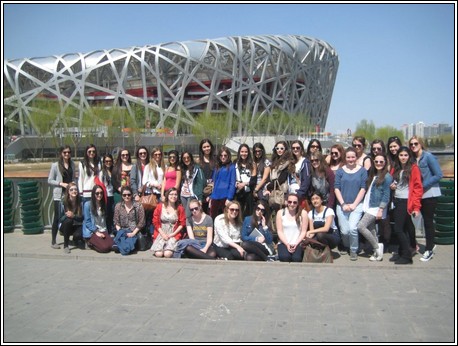 At the Olympic Stadium

For the first time at Withington, a school trip was live-blogged whilst in progress. The blog can be read here – more will be added as time goes on and further (and surely better!) photographs are collected from everyone at the beginning of the Summer Term.