On 29th March 2012, 11 of our AS Physics students attended Manchester University's Particle Physics Masterclass. Here we had a series of lectures that extended our knowledge from that taught at AS and where we learnt what the Large Hadron Collider at CERN near Geneva has found so far, along with which energies to hunt for the elusive Higgs Boson. 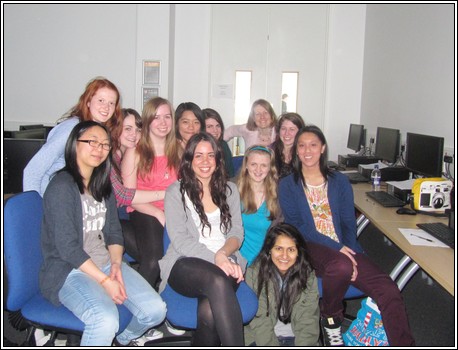 In the afternoon we had the opportunity to look at experimental data and identify the particles from their tracks – a task easier said than done! Finally we had a tour around the labs and saw where apparatus is being developed to determine if the neutrino and anti-neutrino are the same particle. We all enjoyed the day and are now looking forward to our visit to CERN at the end of this month.

**Did you know the name Quark comes from the line 'Three Quarks for Master Mark' in James Joyce's Finnegans Wake?