The Sound of Stories

On March 7th Withington held its whole-school Dance Competition – themed The Sound of Stories – in aid of the Mau Hospital in Kenya where a former Withington pupil, Doctor Claire Smithson still works. Claire, who left school in 1979, studied Medicine at Newcastle University and now runs the Aids clinic and is supporting families in the local community who have lost members to the dreadful disease. Our competition was to raise money for Doctor Smithson to organise the building of more substantial shelters for the ageing grandparents who now have to raise the young orphans who have lost both parents to Aids. 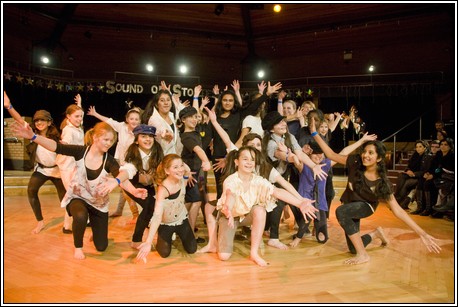 When Doctor Smithson visits her family in England she usually comes into school to talk to the girls and one thing she always tells us is how her community love to dance especially when they have something to celebrate. How appropriate that our whole school should be dancing to raise money for this worthwhile cause. This was our fifth Dance Competition and has raised even more than Dancing Through the Decades in 2010 by hitting the £3,500 mark and we are still waiting for some money to come in! This year Form LVIJ helped Mrs Buckley organise the event and launched the Competition with their own Dance to Forget You by Cee-Lo Green which told a story of love and revenge and inspired the classes to start thinking about how they could incorporate a story into their class dance. It also emphasised that it was not about individual dancing but about team work, with classes pulling together. It took many girls out of their comfort zone and created some friendly rivalry that ensured everyone wanted to achieve their best performance. 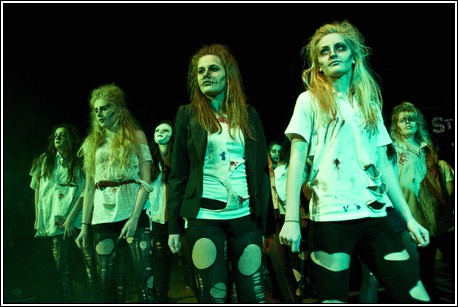 Each Form was allocated a Musical and could pick any music from that production and then choreograph a dance to fit the music and tell the story. The event was to be inclusive and special marks would be gained if every member of the class was involved, if they were not dancing they were organising costumes or involved in some way. The range of music and dance was exceptional. It stretched from the youngest girls in the Third Form dancing to music from well-loved musicals like Oliver and The Sound of Music whilst at the other end of the school, 25 Upper Sixth girls complete with red sequins and feather boas danced to Diamonds are a Girl's Best Friend from Moulin Rouge.

Four Dance Teachers came to judge, Julie Colton from the In-Step School of Dancing in Heaton Mersey headed the team and we were extremely grateful for their expertise and time as it was no easy task. Whilst they debated the strengths of all the dances, three girls performed individual routines that were of an incredible standard, very contrasting and reminded us just how talented many of our girls are. In the end Form LVW won the Senior Cup with their interpretation of music from We will Rock You and the Junior Cup was won by UIVW with a colourful version of High School Musical. 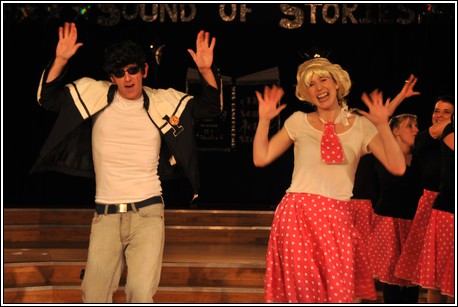 The atmosphere was electric and the colourful costumes added to the event. Three members of Form L6J presented the show superbly, linked it altogether and ensured it ran smoothly from beginning to end. A special prize was awarded to the Dance Team who had overcome all difficulties, including age and injury, to perform on the night. This was the team from Rydal High (aka Withington staff!) who danced to a medley from Grease. A special mention must go to Mr Sharples who played the part of Danny. He has always supported the Dance Competition but this year he excelled and it is very sad to think it will be his last performance as he moves on to a new school after Easter.

The cheering for the staff captured the essence of the whole event; there was a true atmosphere of excitement and a feeling of belonging to a very special community. As we watched entire classes dance with such enjoyment and determination plus parents and girls cheering them, it really felt that this was Withington at its very best. 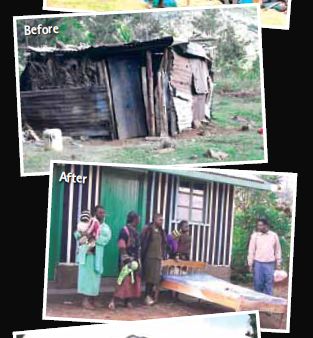 The difference the fundraising has made –
the homes before and after