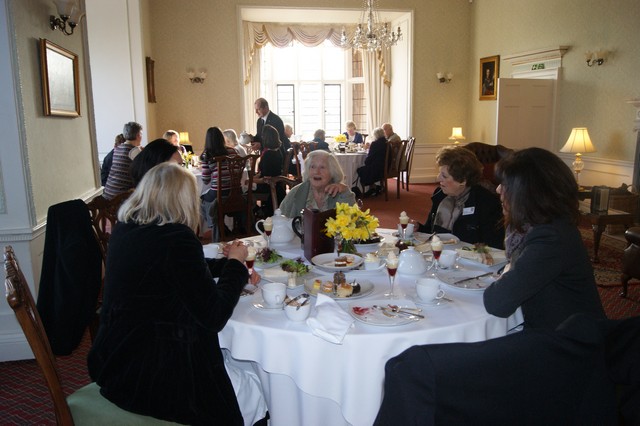 Mark, the youngest son of the famous salmon angler Arthur Oglesby, met Clare whilst salmon fishing in Alaska, and the couple were married in 2003. Upon returning from their honeymoon, the couple saw a sales advertisement for the Hall, visited, and fell in love. Thus began 18 months of negotiations, until Clare and Mark were successful in their bid to purchase the Hall and save it from developers, who were planning to turn it into apartments.

Having stood empty for two years during the sales process, the Hall was very run down, and since 2005 Clare and Mark have worked on restoring the Hall and gardens back to their former glory. With their children Lucy and Charlotte, and their Hungarian sheepdog George, Clare and Mark are now, in Mark’s words, “writing the next chapter of the Hall’s history”, a labour of love which has led to Goldsborough becoming one of the premier wedding venues of the north.

After Mark’s fascinating talk, guests enjoyed a tour of the Hall which took in the magnificent ground floor state rooms, including dining and drawing rooms both designed by Robert Adam, and the beautiful Lascelles Suite upstairs on the second floor. Guests then gathered in the dining room where they enjoyed a sumptuous afternoon tea which included royal trifle, traditional finger sandwiches, freshly baked scones with Goldsborough Hall strawberry or damson jam and clotted cream, a selection of homemade cakes including Victoria Sponge, Battenberg and Queen Mother’s Cake, and Yorkshire tea and freshly ground coffee.

Guests, including Charlie the dog, then strolled in the beautiful grounds of the Hall before heading home. Everyone who attended commented on the lovely afternoon they had enjoyed, and our thanks go to Clare and Mark for hosting us in their beautiful home, and to all the staff at Goldsborough for their kind hospitality. 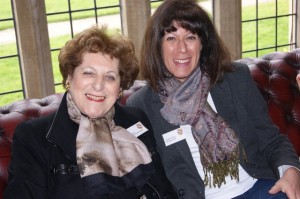 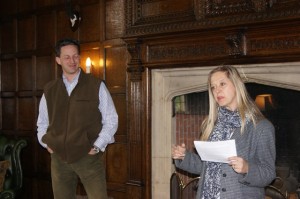 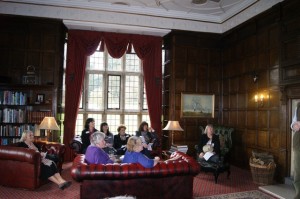 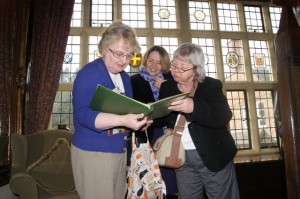 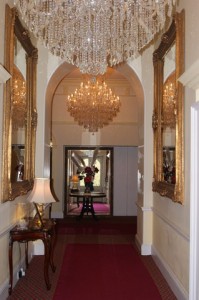 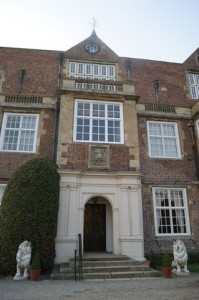