Eight pupils in Lower II braved freezing cold conditions to complete a sponsored charity run and raised more than £500 in aid of Help for Heroes, the Army Benevolent Fund and Broughton House retirement home for former soldiers. Prompted by a pupil whose uncle is a captain in the Stretford-based 207 (Manchester) Field Hospital, the friends in Lower II began their fundraising campaign in advance of the run, organising a raffle and a non-uniform day in School. 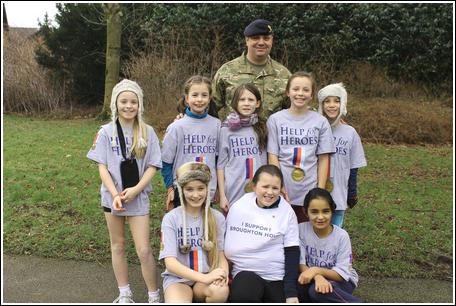