Seven Lower Sixth historians spent the first weekend of the of the Spring Term touring the key places of Revolutionary Paris, seeing locations and objets associated with their AS studies. 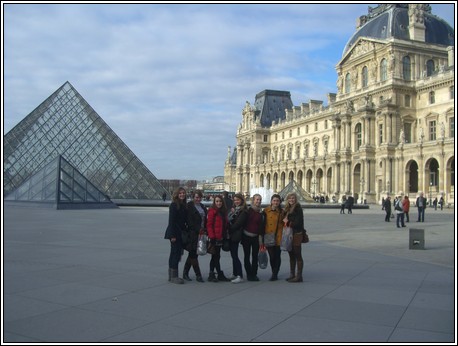 The party, accompanied by Ms Maher and Mrs Hughes, walked many miles over the three days visiting an impressive list of places for such a short visit! They went to the Conciergerie – the prison where Marie Antoinette and many others spent their final hours before being put into tumbrils and taken the short journey to the guillotine at the Place de la Revolution – now the Place de Concorde; Notre Dame, Les Invalides and the Dome Church housing the tomb of Napoleon; the Pantheon; the beautiful gothic church of Sainte-Chapelle; the Sacré-Coeur Basilica and Montmartre; a full day was spent at the Palace of Versailles where they saw the inner rooms and the wonderfully restored Opera. The group also managed to visit the ‘typical’ sights of the Mona Lisa in the Louvre, the Eiffel Tower, Arc de Triomphe and enjoyed watching the world go by on the Champs Elysees. 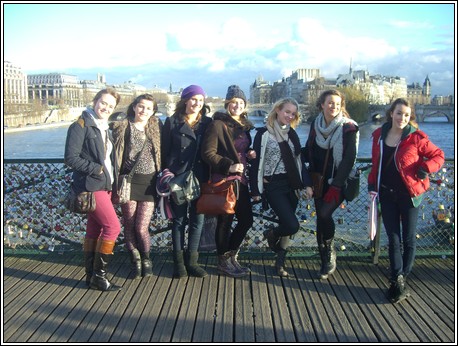 Everyone enjoyed sampling French cuisine with the highlight being an evening at the fine restaurant ‘Chartier’, where they tried snails and other French delicacies.
—
A personal account of the trip by Mrs Linda Hughes who works in the Finance Office 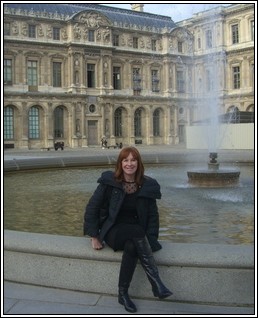 We arrived at the hotel around 10 pm after a good flight from Manchester, short RER train journey to the Gare du Nord in Paris and first metro jaunt. It was quite exciting travelling at night and the girls were wide awake when we arrived at the quaint hotel close to Arc de Triomphe/Champs Elysees.

After a quick drop off with the suitcases and rooms allocated we walked the short distance to see the Champs Elysees at night. It was very busy with lots of Christmas trees and decorations still in full glory following Christmas – it looked lovely and was bustling even at this late hour.  We had some lovely creamy hot chocolate then walked back to the hotel to try to get an early night.

We met in the hotel lobby at 9am and then walked to the underground. It was a mild morning with just a small amount of drizzle which soon turned into broken sunshine as we stopped for Le Petit Dejeuner on the way to our first stops which were Sainte-Chapelle and the Conciergerie. Then on to Notre Dame and the Latin Quarter where we stopped for lunch.  After lunch we walked to Les Invalides and the Dome Church which houses Napoleon’s tomb. Finally we made our weary way to the Eiffel Tower and Trocadero as evening approached.  It was fabulous to see it all lit up and very busy. The queues were too long to go up the Tower, but we had a walk around to get the atmosphere, had some tasty crepes and then got the metro back to the hotel. After a quick wash and change we met for dinner at 8.30 pm. 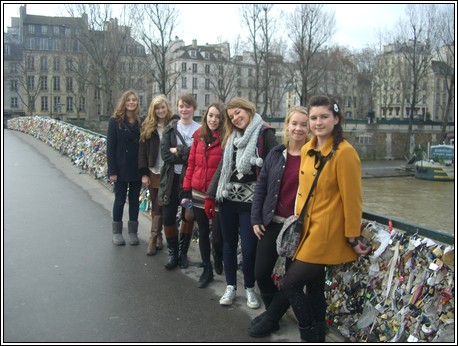 We walked towards the Champs Elysees and stopped at a French eaterie (aptly called Hippopotamus!!) where we had a 3 course dinner and afterwards we strolled back to the hotel.

Sunday morning – we met at 9.30 am and caught the RER to Versailles. It was beautiful and just as I expected – looked like something Elton John might live in – with lots of gold and very grand looking. The chateau is in a strange little town – which looked almost like a village in Naples with lots of Starbucks/Costa Coffee-type shops – this was not what I was expecting at all, but then it was a wonderful surprise to see such a beautiful place just around the corner.  We spent the whole day at the Chateau walking around with individual audioguides and also venturing out to the Petit Trianon and the Farm area (Hameau de la reine); it was enchanting. 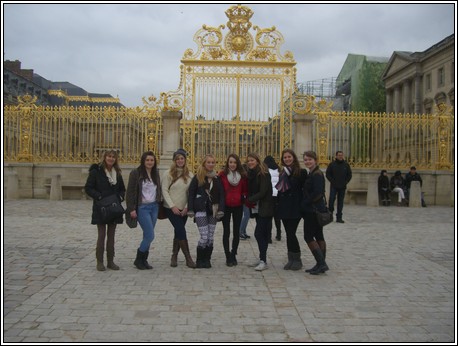 Taking the RER back to Paris we made our way on the metro back to the hotel where we got changed and met for dinner around 8 p.m.  For our evening meal we went to the very French Restaurant called Chartier, it reminded me of a ‘Cheers’ bar – very busy and bustling.  We had a fabulous meal and I tried some escargots – tasted a bit like chicken.

After dinner one of the girls took the lead finding our way back to the hotel via the metro, and she did a marvellous job. We got back to the hotel exhausted from our day at the Chateau so we met a little later next morning at 10 am. The girls were allowed a lie in after all the walking they had done! We checked out of our rooms and left our luggage there till we returned later in the day to collect it.

We then went to Hotel De Ville and walked along the Seine to the Louvre. Personally, I didn’t think much of the Mona Lisa – very small and dull looking, but was thrilled to have seen it so close up. We strolled in sunshine through the Tuileries gardens to the metro station which took us to  Montmartre in the afternoon. After afternoon tea/lunch we walked up to the main part of Montmartre and it was well worth the walk. This was my favourite part of the trip. The little square (Place du Tertre) was full of artists painting a variety of subjects and there were lots of lovely quirky shops and cafes/restaurants.  The view from the Sacré-Coeur at the top of the motte or mound over the whole of Paris was spectacular.  I will never forget my visit there – it was wonderful. 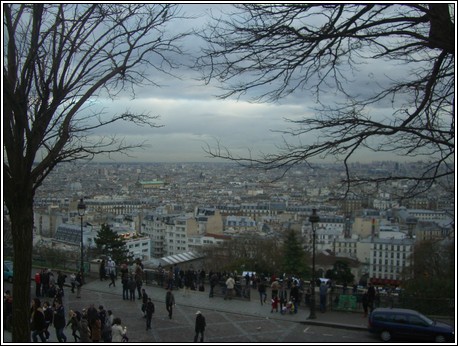 Returning to the hotel around 5 pm many of us bought cakes and pastries for our friends back in the UK from the little patisserie nearby – they sold the best croissants there!!

Another RER journey took us back to the airport for our flight home which was at 9 pm. Back at Manchester Airport we were met by smiling faces – all the parents were waiting for their daughters (and their cakes I think)!!

A massive thanks to Ms Maher for her ‘guided tour’ of Paris – she worked very hard with so much enthusiasm and also thanks to the girls who were impeccably behaved and such good fun. I want to return to Paris now and show my husband the many sights I have seen – it is my new favourite place!