Seven intrepid members of Withington’s 16-strong 2013 World Challenge Team got to know their ropes during a high-altitude fundraiser for the trip at Manchester’s Velodrome on Saturday 21st January. 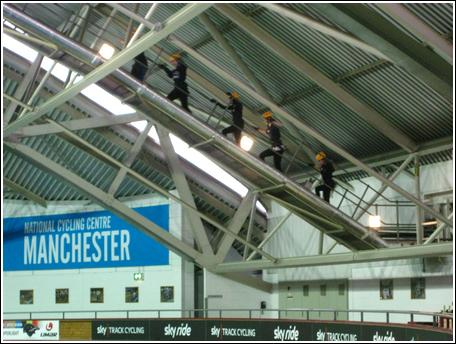 The girls – all in the Upper Fifth – engaged in 'free-fall' abseiling from the 144ft high ceiling of British cycling’s headquarters into the centre of the arena. Their derring-do earned them well over one thousand pounds in sponsorship towards their £3,500-a-head expedition to Ladakh in northern India in the summer of next year. 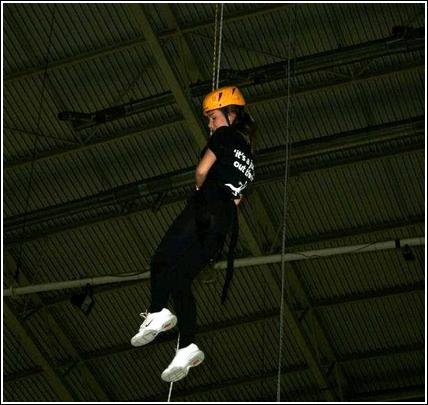 Geography teacher Miss Kaeren Browning who is co-ordinating the World Challenge expedition, said: “This was abseiling down ropes in helmet, gloves and harness without a wall or rock face." 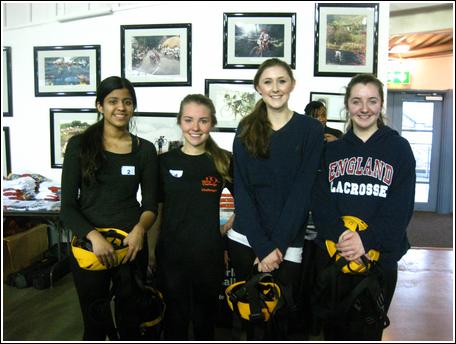 “The girls said it was daunting enough climbing to the platform at the top of the building, but stepping backwards into space really needed some will power.”

The descent, with an expert at the bottom belaying the rope as the girls came down, took less than 30 seconds – though some said it felt a lot longer, said Miss Browning.

The World Challenge Team will have to get used to heights, however. The expedition involves trekking in the Himalayas.